Refurbished an old adventure this week with the help of mv, and put it up on DTRPG for Free

Just thought I’d share this here because it was a sort of interesting experiment - look back at a thing I wrote 9 years ago and mulling through the context and design decisions I made back them. It’s a one page viking adventure (I’d never write a Viking adventure today for one) that’s 5 pages when laid out on A5. This of course being another interesting consideration about current design trends.

I wouldn’t write this adventure like this today, it’s too sparse and the location is too small, but I suspect that redoing it like that would ruin what it does offer - a clear moral dilemma, negotiations, and potential puzzle based combat situation (how do you get two factions/creatures you can’t fight on your own to tussle) that’s small enough to manage in one session.

Another aspect of it I like, and something that I think may be an element of “OSR” design, or maybe just mine is that Hel’s Crow goes beyond being simply “not the character’s story” to making the characters actively intervene it what is clearly the final act of an NPC’s (Turgis Hel’s Crow - deathless cursed reaver) story. The characters are the ex machina here, and there’s something I find very enjoyable in that - a way of introducing a clear narrative and asking the players to mess with it.

Anyway you’ll find more thoughts on the adventure and a link to it free here: 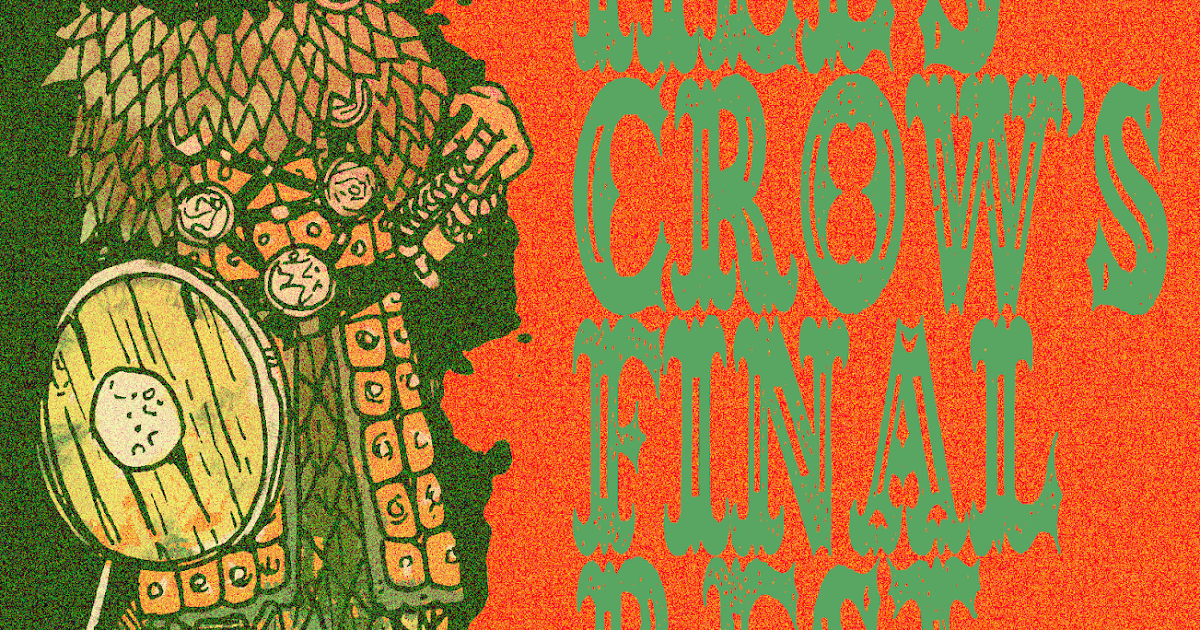 GAZING BACKWARDS INTO THE ABYSS Hel's Crow's Final Rest (release) PDF In the dingy fall of 2012, a little over nine years ago now, when I ha...

First of all, the adventure is great. The NPCs are so runnable but economically written, super evocative theme, very inspiring stuff!

I’m really interested in that last part of your analysis, PCs as ex machina, NPCs with arcs completely divorced from the characters. I tend to invest a lot of energy in my games in both tying as much in the campaign world as possible back to the PCs and their interests/themes, and trying to make the world seem as real and dynamic and verisimilar as possible. I often lose sight of the fact that those are often opposing goals. Allowing a setting to be weird and a little nonsensical, to let threads pop up out of nowhere or die off without a whimper, is an important GM skill I think. Thanks for the reminder!

It’s also especially evident in Hel’s Crow, where the antagonist is clearly someone with a very PC like backstory. Readingvthrough reminded me of the fact the Classic play, like every other kind of rpg I can think of, uses stories. A key componentvofvthe gameciscto tell stories.

With Classic play though I think there’s a demand or tradition of walling off referee (or designer) from player stories. The referee is trusted with a lot of influence (“rocks fall your characters all die”) while players have little. Yet a sort of agreement or perhaps etiquette exists as a design principle. The referee presents a world and setting and the players are allowed to address it however they feel they should based on whatever moves them: pragmatics, characterization of thier PCs, metaknowledge even. The referee in turn is expected to first to provide clues and information about the setting and its problems and second to respect player choices (especially unexpected, bad, or good ones) and respond as representaive of the setting.

This means that referee and designer story creation is constrained mostly to the past and to things outside the immediate control of the players. I can’t decide how the players will solve Aski’s problems or what its future will be in Hel’s Crow, but as referee I could decide that if the players decide to ignore it and wander up the coast that the next village they find is also burnt by undead raiders and if and how the raiders will get the magic artifact they seek.

It’s still a story, but one running parallel to the story the players choose to tell. I think a good part of Classic campaign design is setting up these parallel stories, a whole web of them, and preparing them for the players to blunder into, happy to see how they change everything.

Re: the idea that the adventure is the PC not being the main character, that almost reminds me of Waking of Willoughby Hall. Though as described in this review, there is some danger there for the NPCs to overshadow the PCs in a negative way. But I don’t think that’s the case here.

You should revamp some more of your old stuff! Though I’m sure you have plenty already on your RPG to do list.

I dream of doing a Hated Pretender omnibus - with the complete final adventure “Pretender’s Wrath” included. It’s likex1/2 written. Also doing quick redos forcthe ASE stuff. The Pretender work would be a big project though - 100 plus pages maybe. So it’s gonna be Curse of the Ganshoggr for Errant next and the Crystal Coast Eulogy.

I also haveca HMS Apollyon into adventure(s) wriiten, unedited and unillustrated and a post apocolyptic Carvosa megadungeon about 1/2 done.

I finally listened to the podcast episode on Prison of the Hated Pretender from Fear of a Black Dragon. Makes me really excited about talking and thinking about adventure design, just in general!

If you haven’t read it, it’s still very free. A sculpted tower's blank eyes stare down from the lonely in dry hills beyond the last withered turnip fields, the doorwa