After a couple recent threads on here about adventure and specifically dungeon design, I’ve been working on a follow up piece to some of my older posts about how to write Classic dungeon crawl adventures - the sort of procedural foot by foot, room by room exploration scenario popular way back in the early 1980’s (or the idealized version of it popularized in the 2010’s at least - nostalgia is a tricky thing).

If people are interested and feel like this is an area of design they have questions about I’d love to hear what makes playing or designing these kinds of games tricky/confusing/annoying for them to give me a better idea of where to start.

Is keying hard? Mapping? The interrelation between story and location? Random encounters?

Specifically, of those, I find making a map and the relation between story and location the most tricky. Sometimes it feels as though a location is detached from the story at hand, and that can be a difficult space to build immersion.

I would love to see a list of resources that you (@GusL) consider “must reads” for dungeon design. I’ve got my own list and I assume there is crossover but I want to see yours!

I suspect it can be part of a larger narrative, but likely a location has to function as a single “scene”. Now this isn’t to say there’s not space for narrative in a location, it’s just that it has to either be written by the players or exist as history and secrets intrinsic to the location and discovered via exploration.

I think some thoughts on how to write good usable keys would be helpful. They’re a very particular type of writing that combines technical/instructive with creative/imaginative. Always interested to read thoughts on what does and doesn’t work.

I don’t really have posts of advice that I personally refer to, but I do find well written adventures compelling especially when one compares them. For example:

Caverns of Thracia is a great example of a holistic location with deep history that’s shown through description … but because of its age and complexity it stumbles when it comes to usability and coherence.

Anomalous Subsurface Environment is one of the best “early OSR” megadungeons, with wonderful brevity in its keys, a real exemplar of how to do non-standard aesthetics without overwriting. It also has some of the best megadungeon maps (primarily by breaking free of a single sheet of paper and sprawling). It isn’t finished though and it despite it can feel empty in play because of its size and the demand of minimal keying - it really asks questions about the functionality of the megadungeon form.

Deep Carbon Observatory as the breakthrough mid-OSR adventure is also well worth a read. The writing is stellar, tone consistent, and it includes many experimental forms and deviations from standard adventure structure. Maybe too many? Does it hold together, does it put too much on the referee to track both a rival party and a crawling cave giant while the players interact with incredibly dense keys in a trap maze?

From the late OSR I’m not sure what I’d suggest reading, but there’s plenty more adventures worth looking at and seeing if one can figure out how they work. B2 Keep on the Borderlands for example, especially if one compares it with B4 Horror on the Hill (which is almost a copy, but much weaker - for reasons) and figures out why one works better then the other.

Keys are tricky, I think the point you make about the combination of technical and creative writing is a key one, but the question is still how to do it?

For me the tricky part of key writing is brevity, because long keys are also an issue - you need something that can be read quickly or remembered - or at least the important mechanical details remembered but which also inspires the referee by providing words or images that they can improvise of. I aim for evocative details often texture, color, or odor backed by somewhat esoteric word choice.

E.g. “Wooden altar screen” is less evocative then “White reredos, carved from lustrous cinnamon scented wood” though the second may be too obscure and long.

Still, I tend towards the second, but this may be a mistake, especially in a complex key. If the altar screen is the only thing of interest it can have few lines to describe it. likewise if it’s valuable (it will need to then - at least a note on its weight/mobility), but in a complex room with inhabitants and say 2 or 3 more pieces of dressing the first description likely serves better (though I might call it a “white carved partition” even then as at least one descriptive adjective helps.

So keys are always individually a balancing act, but even more importantly - and this is something I think a lot of designers miss, they have to work together. A location based adventure creates continuity by having shared themes and consistent internal logic that the keys need to reflect. On the simplest level this means putting rooms near each other - like this shrine with the screen could have a crypt under it, but likely shouldn’t have a kitchen there. There’s more complexity to that part … but … to start:

1. Individual keys should be as brief as one can make them while providing details that the referee can remember and use to describe the space effectively"

2. Keys should work together to create a coherent fantastical space

Beyond that I think there’s plenty of writing tricks and stylistic things, but the core is just being clear and offering good detail?

Since we’re all here, maybe you could add Stonehell to your comparison? A couple of my friends are big fans. I have it, and I can see the value in the layout (seems fairly user-friendly), but I haven’t read very deep into the content yet.

Stonehell is not a favorite of mine. I wrote a long review on Bones, so I’ve read it, but it’s not something I’d run. Mostly for me it’s the lack of an interesting aesthetic, but it also has distinct problems with maps and a scarcity of entrances that makes it unsuitable for my play style.

It’s got good usability, amazing for its era, so there’s stuff to learn from it, but it’s not something I would recommend. 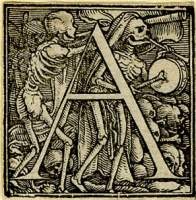 NTEDILUVIAN CHAMBERS OF STONE Stonehell Dungeon I: Down Night Haunted Halls is one of the first Old School Renaissance Megadungeons, publis...

Can you elaborate on your metric for usability?
I’ve just finished writing a dungeon for a module I’m writing, and that is my #1 worry - that is won’t be as usable at the table as I’d like.

I think that’s valuable info to hear. I’ll be sure to read more of your blog.

Bones isn’t my blog, it’s a group effort. I just write one of the review series, primarily deep dives on older adventures discussing dungeon crawling. I highly recommend it, I think we’re all pretty thoughtful reviewers and there’s a wide spectrum of play styles represented.

My blog is All Dead Generations and previously Dungeon of Signs

So usability is I suspect a bit of a shibboleth. It’s absolutely a thing, but there’s been a sort of cult like obsession for it, largely spawned by certain litigation happy credibly accused domestic abuser types we don’t name, since at least the G+ days. Too often it’s just a synonym for “professional looking”, “using the currently hip gimmicks”, or “what I personally like and understand”.

What remains once that is dismissed is I think is good organization and clear writing. There’s obviously tricks to it, like using tables correctly, keeping keys clear, avoiding useless fluff, providing referee tools, and breaking larger locations into subsections, but I think that’s simply good craft.

My guess is that high “usability” comes from working on things and having a clear idea of what one wants, accepting the scope and limitations of the project, knowing one’s play style, editing well/hiring a good editor who understands games, and play testing/having readers outside one’s circle?

If you have specifics or want a reader I’m happy to offer my personal (and highly subjective) opinions.

I’m back! I’m thumbing through my copy of Beyond the Borderlands, Issue 2, thinking about the Caves of Chaos. I appreciate the colorful psychedelia that Gnarled Monster has done with the artwork in this reimagined version.
So much of B2 is steeped in nostalgia, though, which doesn’t really affect me the same way. If I read reviews about it, I still have to wander through a few paragraphs of history before getting to the castle, and then a little more before getting to the meat of it, the “reason to play” so to speak. What are the main factors that would make the Caves of Chaos still fun, nowadays, would you say?

I’d say Caves of Chaos works (perhaps in spite of designer intent) because it presents two locations in balanced hostility - the Keep and the Caves.

First, yeah … the Gygaxian vernacular surface of the adventure is bland … orcs (goblins, bugbears etc) in a hole is not especially inspiring, but it’s all easy to reskin. What the caves (and Keep) do offer to me is a faction based adventure of considerable size. The various humanoids are all angry with each other, and then there’s the cult of chaos. If the referee thinks about the location there’s a lot of potential for schemes, betrayals, and moral decision making. The Keep is Fundamentally the same - it’s arguably a military despotism of a pretty disconcerting kind (or it can easily be made one to provide a foil for the Caves), and its Priest (the evil priest) will attack the party at some point. There’s not realt friends there.

While the Caves are the logical place for adventure, but they’re sort of a moral minefield - the realization that they are full of orc, goblin and kobold families - clans, tribes whatever. At constant war with each other but really no threat to the Keep and if the referee treats them as groups of intelligent creature without a suicidal impulse to kill adventurers/humans they seem a more natural place for most parties to find a home then the Keep.

So I’d say the whole thing creates this tightly wound powder keg situation with a lot of options for players. Reskin it a bit, put the players in the position of being wandering badasses in the style of a Western, make the Castilian a little more obviously a bastard and the Caves a bit more a free city of weird creatures (some - like the Bugbears and Minotaur murderous jerks, and others - the kobolds and smaller orc tribes are a good start - looking for allies.) Of course the Caves are also under the influence of the cult of chaos and/or the hobgoblins are cracking down with their own brand of Keep like despotism as well. Every faction though wants the PCs - Keep included - and they get to decide where the story ultimately goes.

Intrigued by the idea of the caves as a free-city, the different cave systems with their monsters would map very well onto divided neighborhoods of a city, and also makes the ‘everyone hates each other in close geographical proximity’ flow very easily. The keep could be an imperial governorship or such perhaps. Hmm, oh I think I might be playing with this idea more >:3