Campaign of Tears and other oddities

Hello everyone. Quite new to posting in this format so the intent for this post(s) will be for my TTRPG inspired & personal artwork to live on, and journaling the process as well.

My style is all over the place depending on … mood … and I have split socials handles but I tend to use @mrcattears for artist endeavours and @tonytrandesign for fanart / TTRPG related things.

Happy for these to be used for projects but please contact me just in case I plan on using these elsewhere. But as long as you credit it for sharing / personal use, it should be all good.

Here are some horror-themed art: 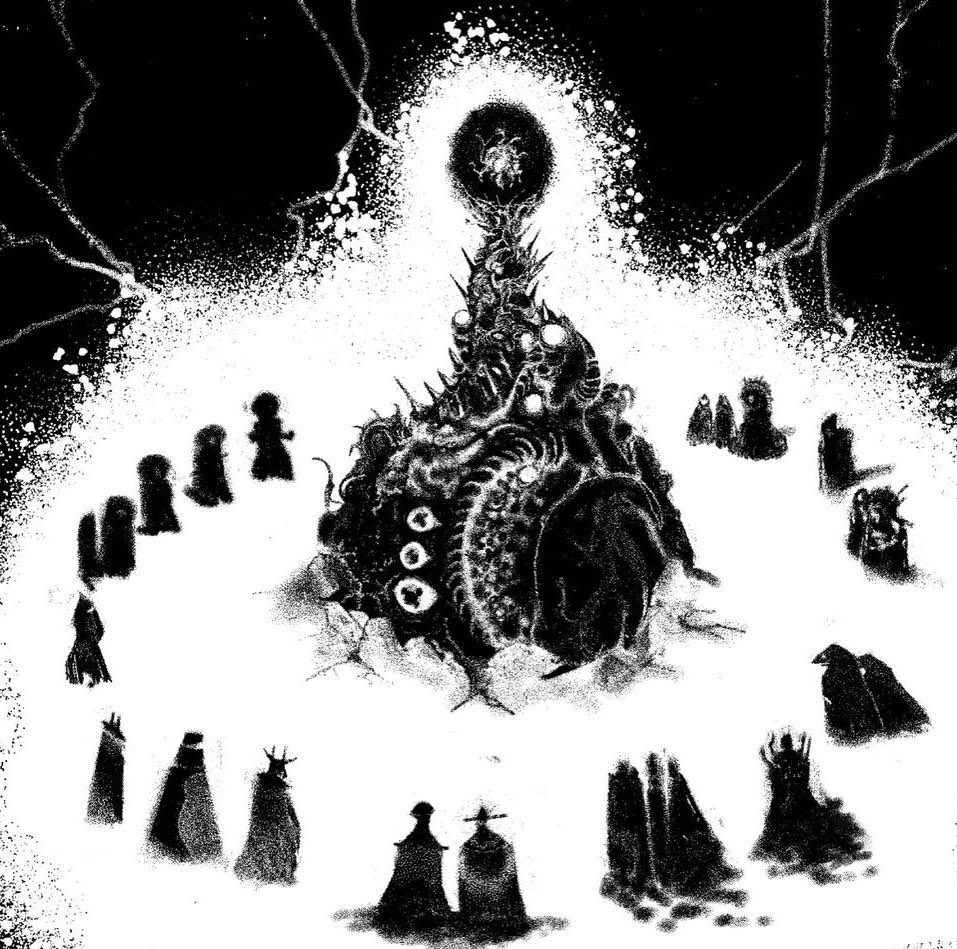 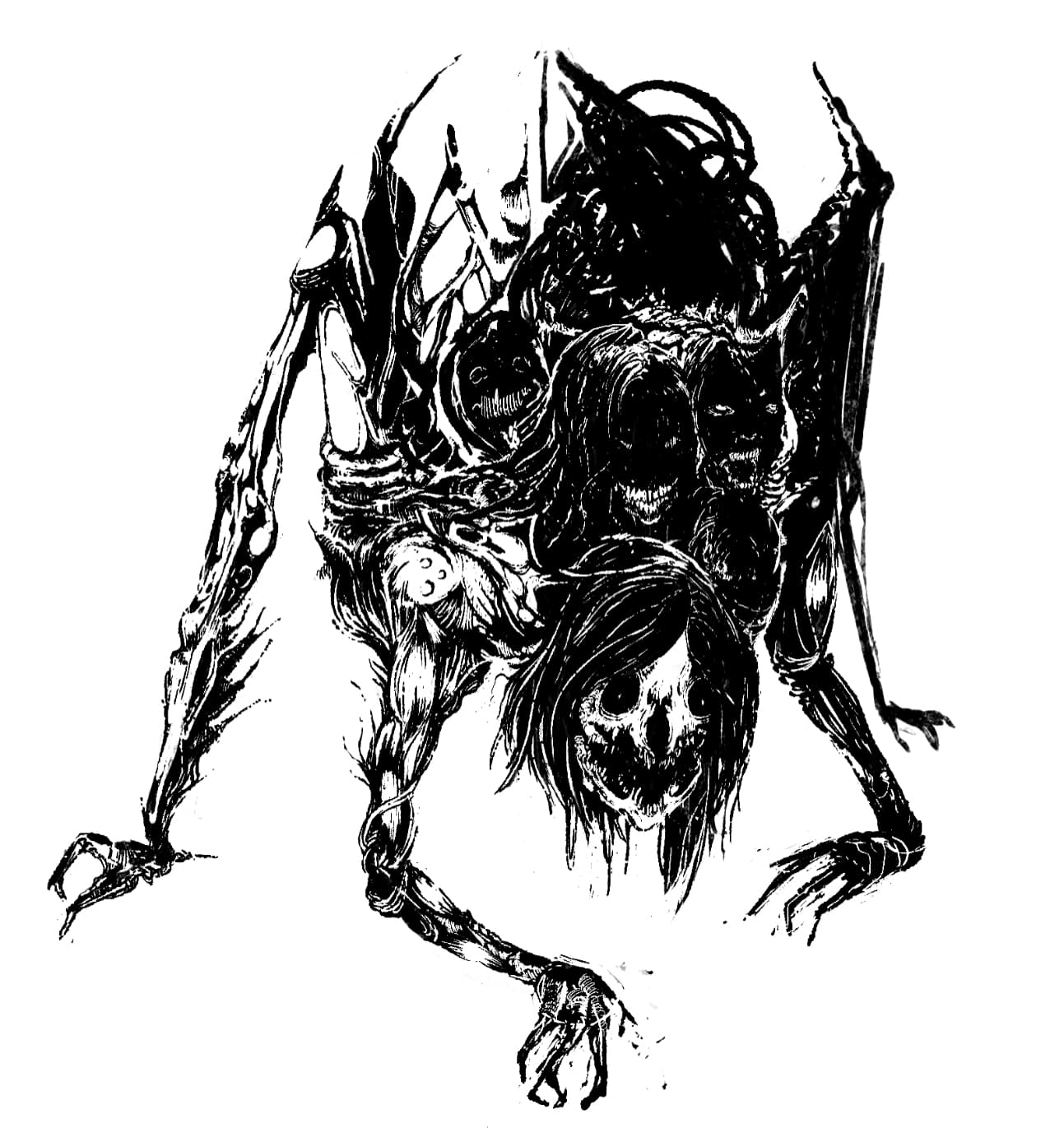 Some recent “drowned water series” - kind of worldbuilding which I need to flesh out. 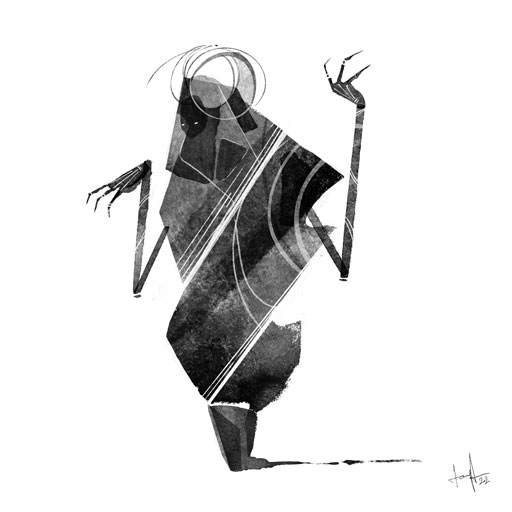 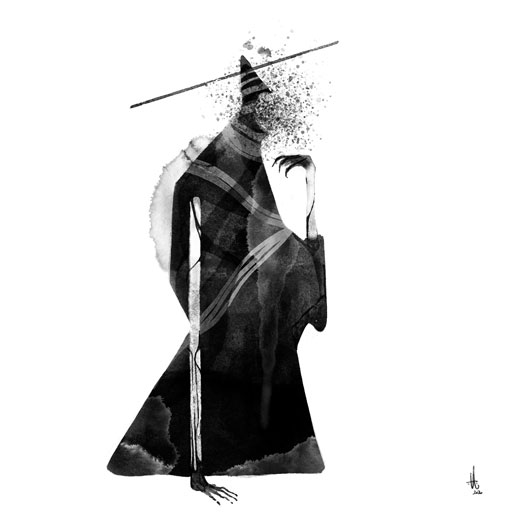 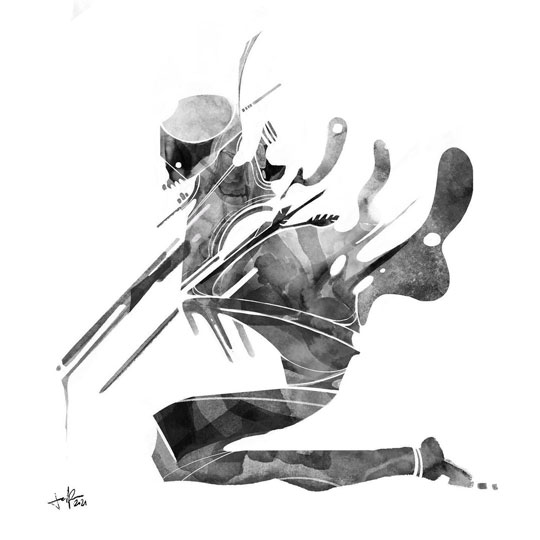 And last would be my fanart work - D&D inspired: 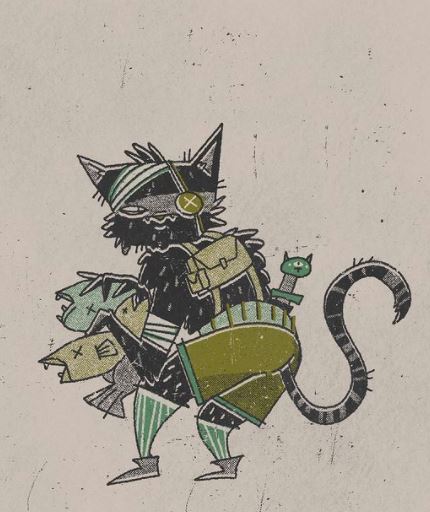 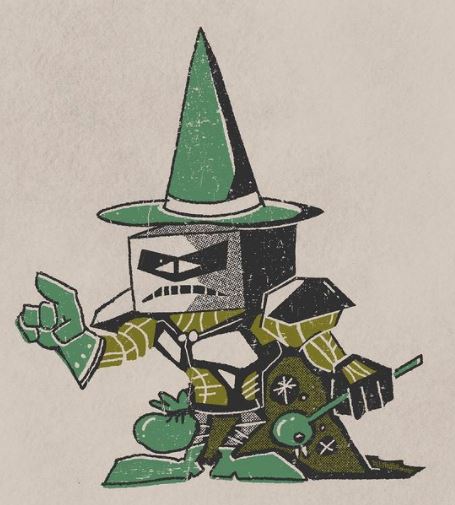 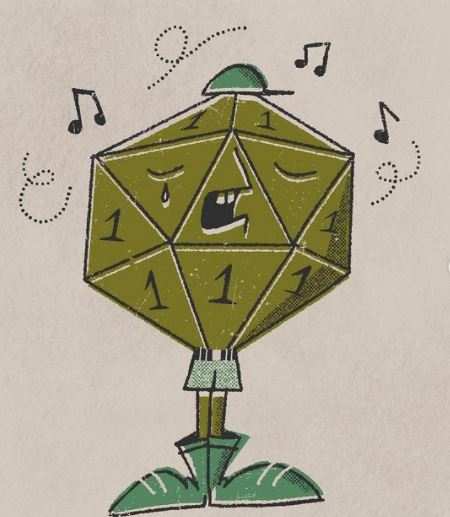 Thanks, and more to come!

Great stuff! Really inspiring. I like the abstractness of the forms. How do you think you would handle describing those within a game?

oooo that’s a good question. it would have to be in an alternate realm shift or some pocket dimension where the world has a sort of distortion consistency. I’ve actually never tried to picture these in 3D but some sort of psychedelic vibe where the abstract shapes would be moving organically & contorting in a Z-axis space.

I should say that I am asking in part for selfish reasons! My current writing project involves an interpretation of the fey as “impossible beings” which kinda reminds me some of your drawings. But, you can only get away with saying things like “impossible geometry” for so long. I’ve been leaning a lot on mixing up sensations to try to convey things like, as an example this is one of the beings I’m working on:
“Congealed smoke and ash drift through; bat wings dart in and out of the void. The air smells of rock salt. This is Mulkrok, the Pauper. A fey, supposedly ousted from the courts. He lives here
with his “children of the night””

To poke at your idea about psychedlia a bit more, would you accomplish that by just describing things that don’t quite make sense? Like, I could describe the third one down as a “Its form folded inwards and outwards, stretching out along the horizon while looming above. It’s head is the sun usurped and leering. Its arms are the boughs of trees that surround and threaten you.” I suppose you’d need the right group that would just accept that and not ask too many follow up questions!

Wow that description is amazing! Noting that I’m probably not the best to describe things but If I were to try to attempt it, I think keeping it in the realms of “hints/suggestive” rather than absolutes, in small bite-size focus points of the creature you want to highlight. Kind of Lovecraftian. Describing the way it could feel to the player as well, and also if the group wants further descriptors, using Lovecraft’s theme, trying to understand such entities drives the person into madness as the mind cannot comprehend what they are witnessing. So you could repeat with further details but then adding a bit more emotion/burden towards the character as they to make sense of it.

It was everywhere — a gelatin — a slime; a vapor; — yet it had shapes, a thousand shapes of horror beyond all memory. There were eyes — and a blemish. It was the pit — the maelstrom — the ultimate abomination. Carter, it was the unnamable!
—
H. P. Lovecraft - The Unnamable (short story)

My attempt:
“the screaming bars contort out of its torso - crystalised pistons. A glare, bright; white voids of piercing despair. petrified vapours - frozen in time. then gone”

Hm… poem like descriptors could work? let the imagination do the heavy lifting if the group is open to Theatre Of The Mind.
But attempting this definitely highlighted that I need to work on writing.

Dammmnnn this is some excellent stuff, I adore the style. Very nice surreal air to some of them. Do you have a setting that these belong to or are they currently existing more as an abstract vibe you keep drawing? Snippet description is clever, would work well to (if you were writing these up for a dungeon say) write out very sparse, bunches of words descriptions.

Thanks! Umm, I have a vague road map for the abstract ones. Living in pocket dimensions around the world. the visuals would be less intense but still has an air of danger. The heavier black works would probably sit in a nightmare biome or a deeper level; land or even thoughts.
I just have to try to come up with a style for the natural world … but aiming towards making it into a small adventure seed or one-shot/dungeon. 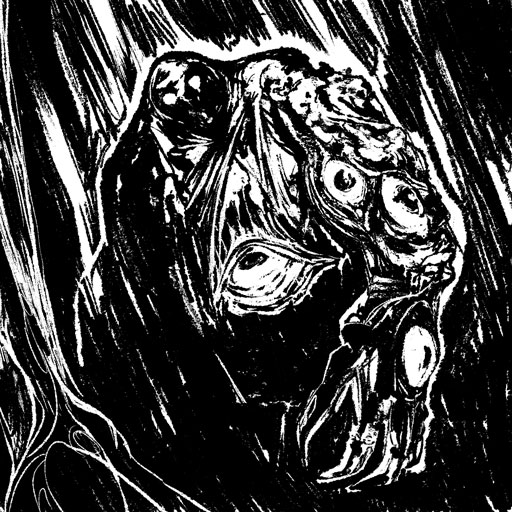 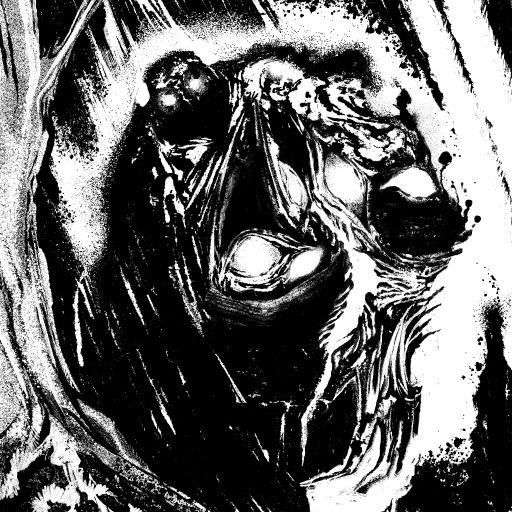 Found this old piece on my hardrive, and worked on it to see if I could push with the new techniques I’ve picked up from then, but I think I lose some of the grotesque charm the original had … noting that the 2nd isn’t finished but still - looking back I really liked that crayon-like render. Might have to scrap it or morph the 2nd into a new piece altogether. Twins …?

–
Notes: Learning how to use discourse as I’m writing and found out you could shrink the images by hover covering it!

Damn! Those drowned water creatures are beautiful! How’d you make them? Looks almost watercolor-y, I’d love to try to replicate the style

Thanks! These were drafted on paper and then recreated with be digital water colours on the iPad, an app called procreate.

- though harder to replicate the organic happy accidents.

Techniques was a Mixture of layering different watercolour textures on top of each other and masking areas for the strong silhouette & highlights. Which can be done traditionally with masking fluid.

There was a lot of standing back, giving it time to refresh the eyes, and subtraction.

Some recent pieces I’ve been working on. Just a real darker palette and trying to do more shadow-casting with traditional brushwork imitation. 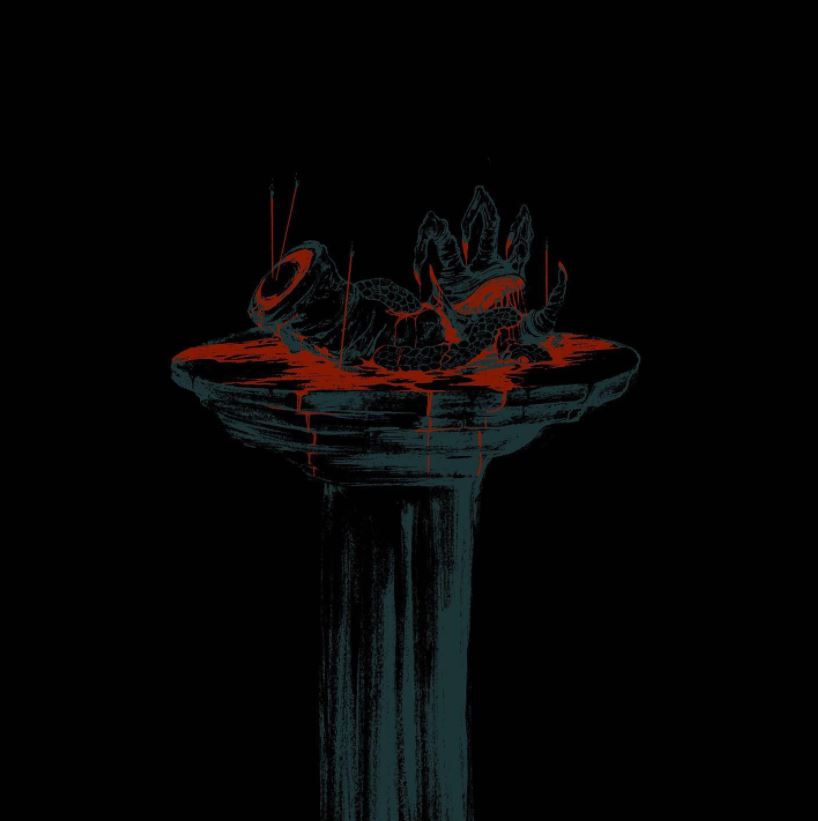 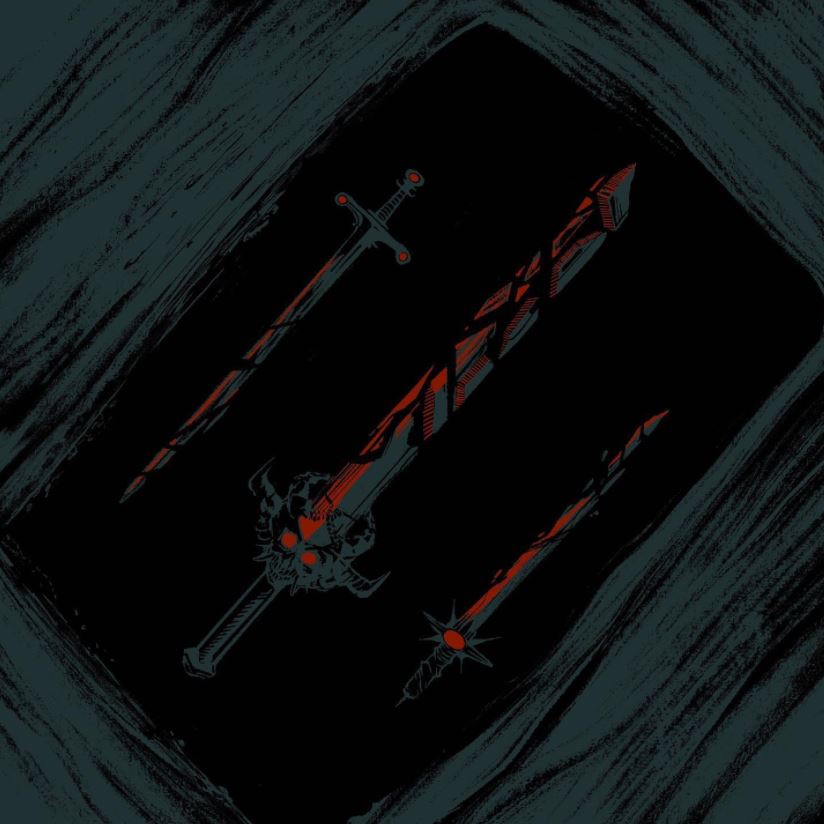 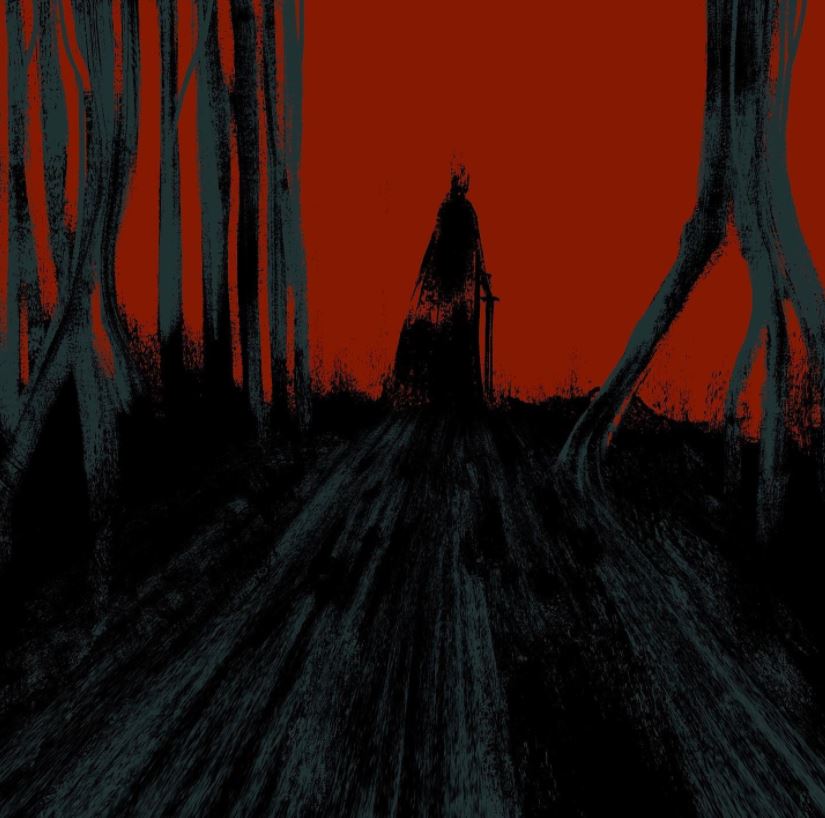 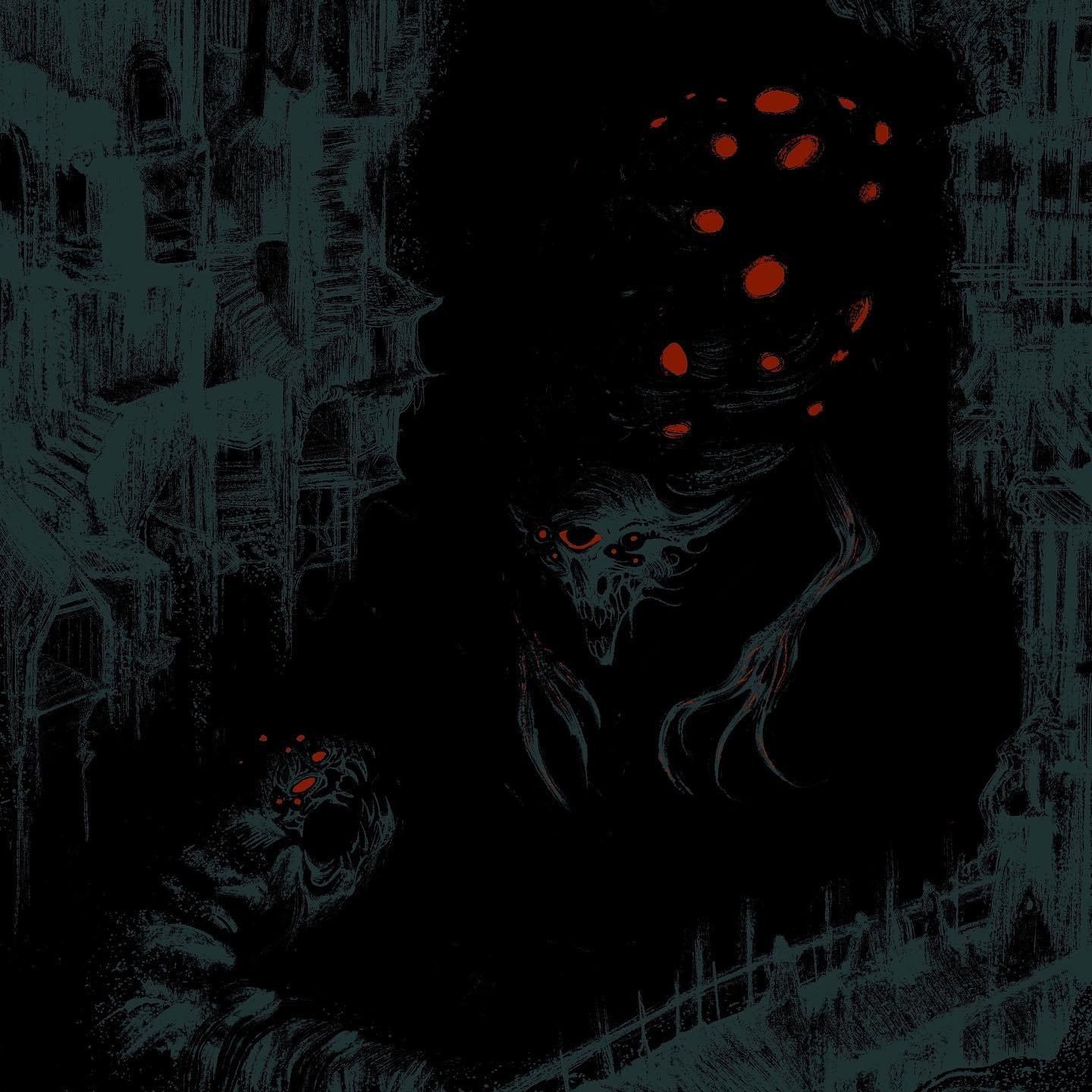 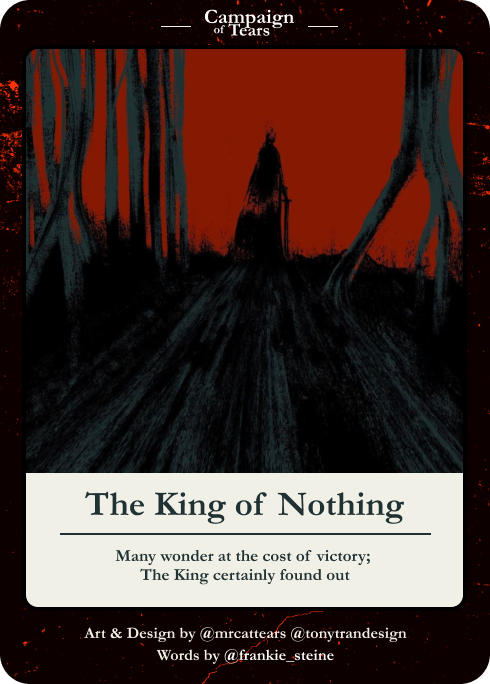 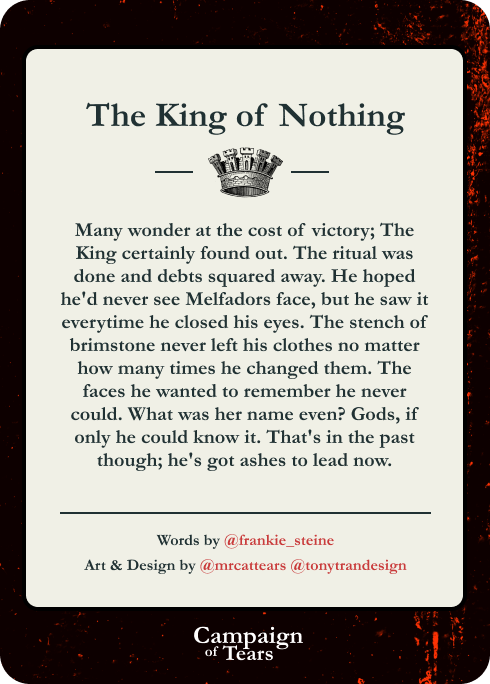 Some prototype cards designs using the art I’ve posed recently, and with the creative words by frankie_steine

I have two user names… so it may be a bit confusing but mrcattears is kind of the visuals & art, and the tonytrandesign more of layouts/design. 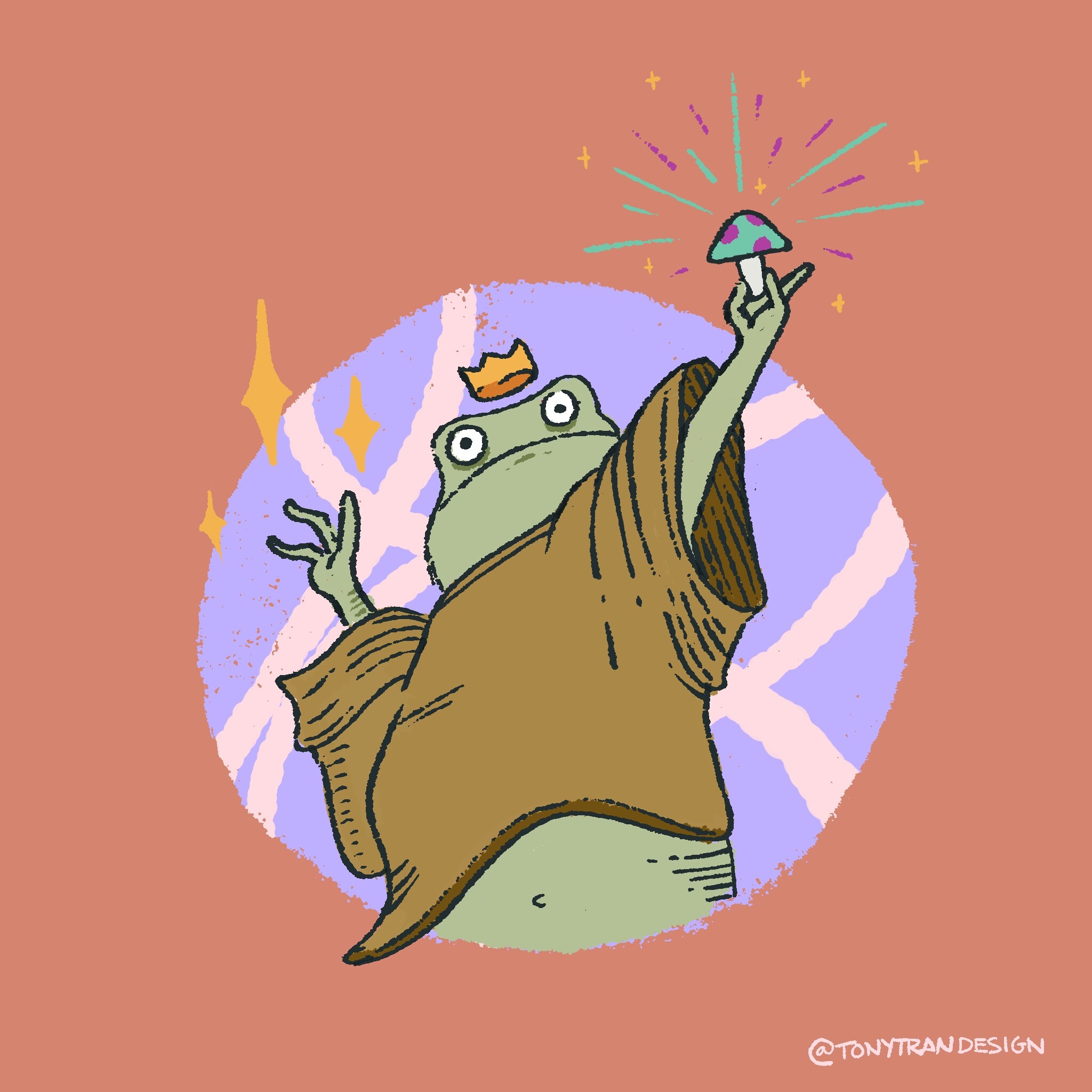 FROG KING - another style that is more friendly to keep me grounded.

Thanks so much! As I am with yours.

I loooove cards that I can use with RPGs, either literally or simply as pictorial oracles. You have my attention.