Dread Hall of the Rune-Lord

I’ve been experimenting with a new way to abstract dungeon delving. This owes quite significantly to a historic project I undertook called Single Player Dungeon Delving (SPDD), which used the overloaded encounter die and roll to move to create a sort of movement puzzle across randomly generated dungeon grid maps. I’ve since taken the idea, polished it up, and turned it into a full one-page minigame. The central mechanic has now evolved into push your luck with an overloaded encounter die (pick 1 from 2 results, higher results indicate dangerous encounters but also give you upgrades). Check it out! 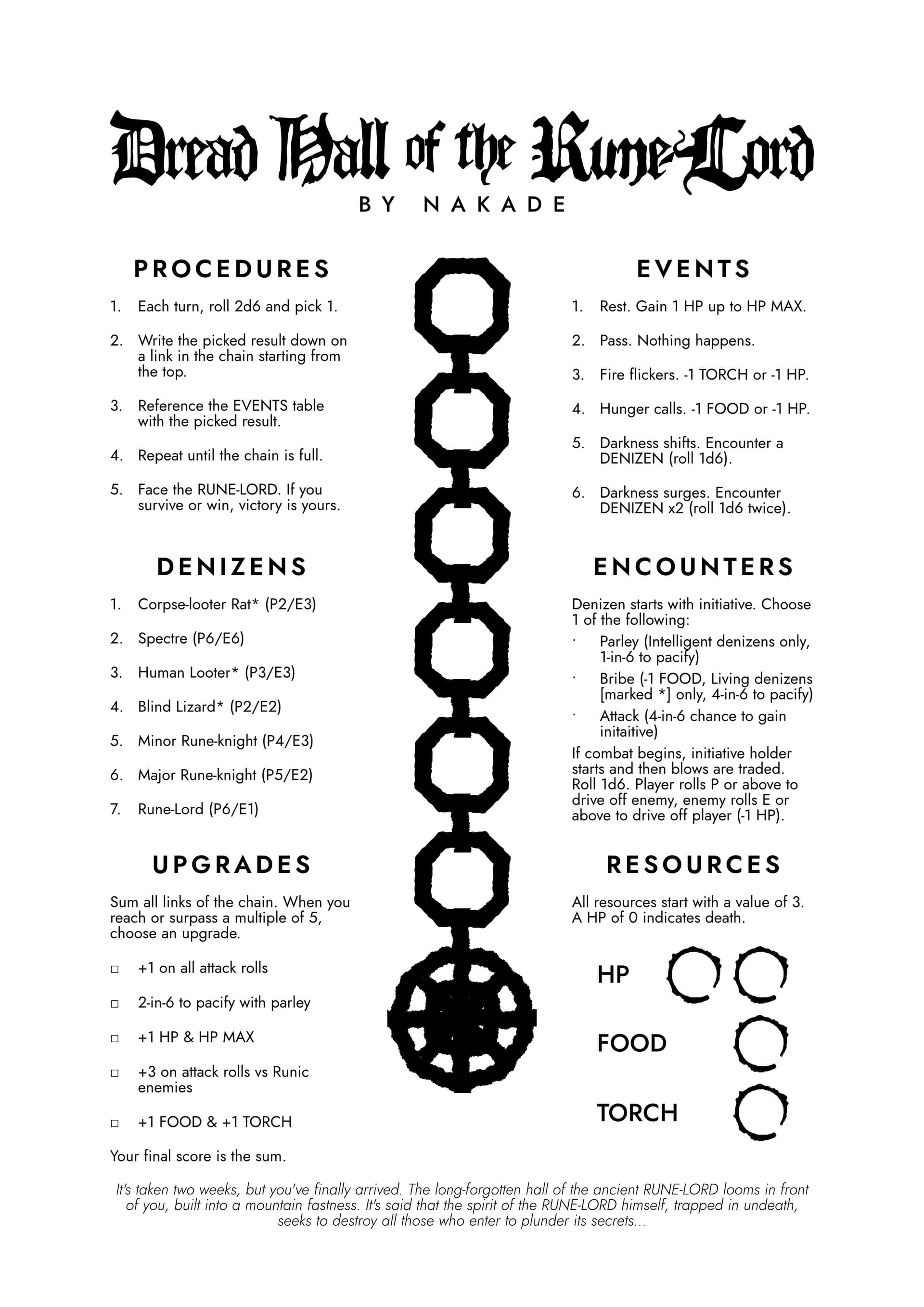 That looks pretty cool. I might try this a few times. I wonder if you can put branches on the chain, with rewards for the extra cost/peril of braving them?

Oh, definitely. The chain serves multiple purposes: countdown until you run into the boss, XP tracker, as well as progress indicator for the player so they have some sense of forward momentum. Presumably forks would have their own special encounters at the end…

For people who want to download the whole thing its now up on itch with balance patches: 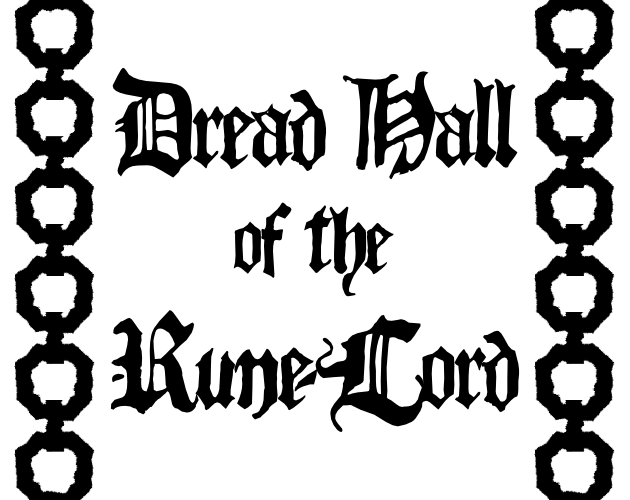 Dread Hall of the Rune-Lord by Nakade

A print and play one-page adventure