Hi, I was reading up on folklore of my own country and encountered some fun creatures to share as inspiration. But to just make a post about these two, I thought why not make a post where everyone can post their folklore favorites.

I’ll start with Lange Wapper, which has an English Wikipedia entry, which means I don’t need to type out a bunch of stuff, since I’m running out of time. 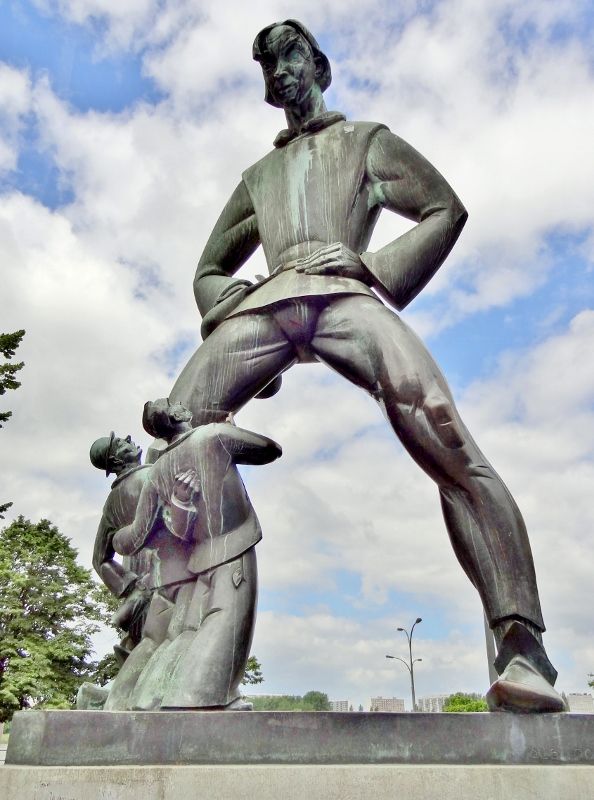 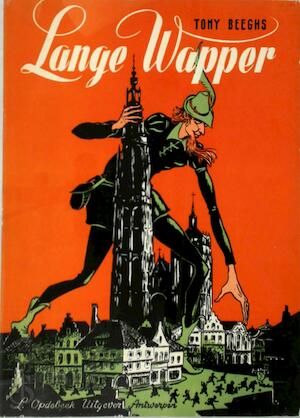 I suppose it’s the Mothman for me, as much as anything because I like the visual. From a literary resonance point of view, I really like what Jim Butcher did to Bigfoot(s) in the Dresden Files. He makes them a kind of shaggy, druidic thing with a Native American vibe.

Is it the hodag in this area?

I think so! Also fun to discover. My wife originally is from Wisconsin, but I don’t think she’s Reinlander.

I have great memories of hunting for jackalopes and fur bearing trout growing up.

I also have a soft spot for the tommyknocker stories my grandma told.

I recently learned about augerinos when looking at some local folklore. They would be a cool problem in an RPG.

Lots of interesting creatures in Philippine folklore, but I have a fondness for the Bakunawa. It’s a giant sea serpent/dragon that eats moons, basically a story to explain how eclipses happen. Before, there were 7 moons, but because of the Bakunawa, we only have one left. So whenever there’s an eclipse, ancient Filipinos clang their pots or make whatever kind of noise to scare the Bakunawa away. 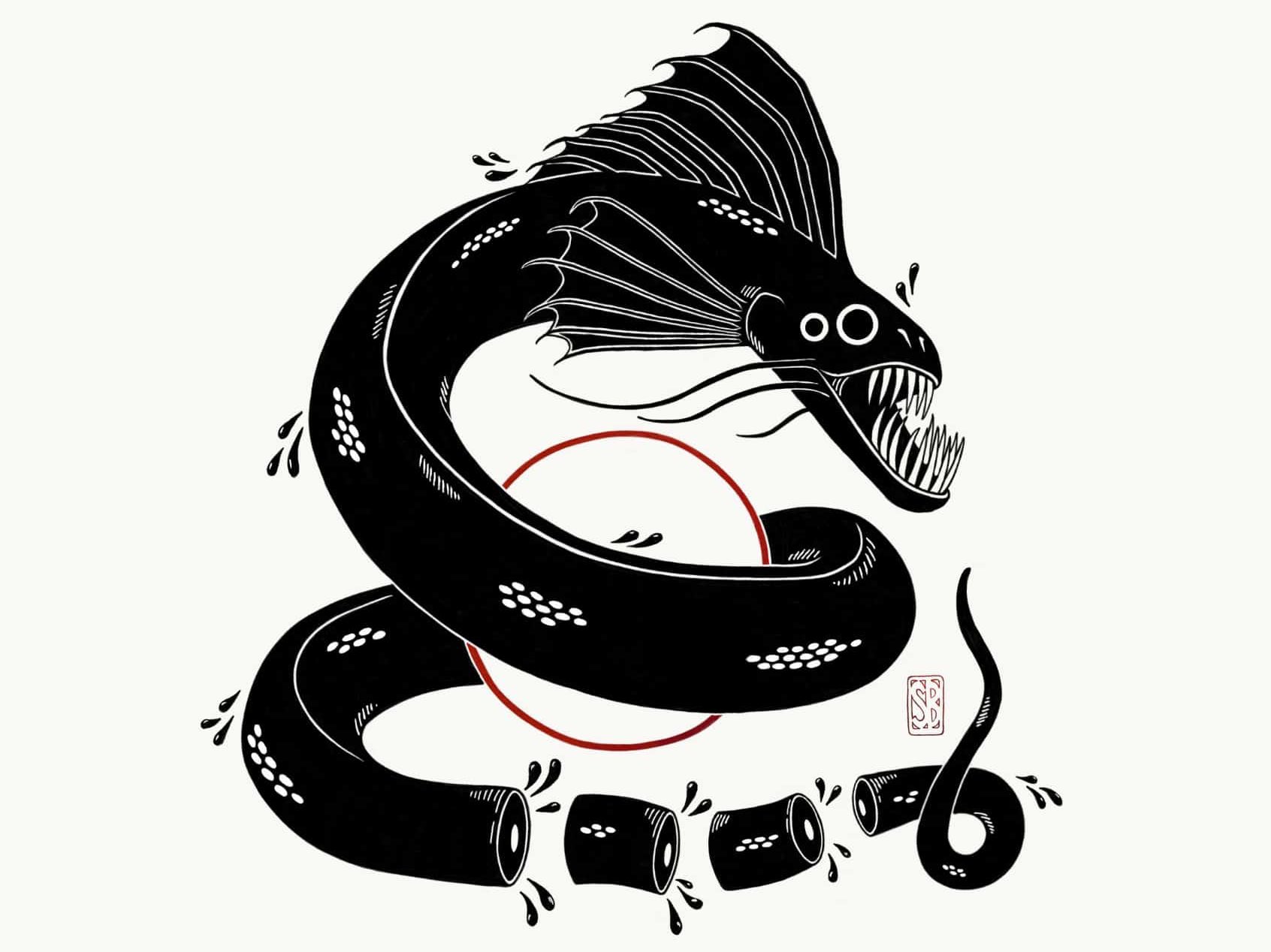 Oh there are so many fun ones, Im partial to hoop snakes and hide-behinds.

I have a soft spot for the Lambton Worm (northern England). Oh, and the bunyip (Australian, and mostly because of this book which used to creep me the hell out…) 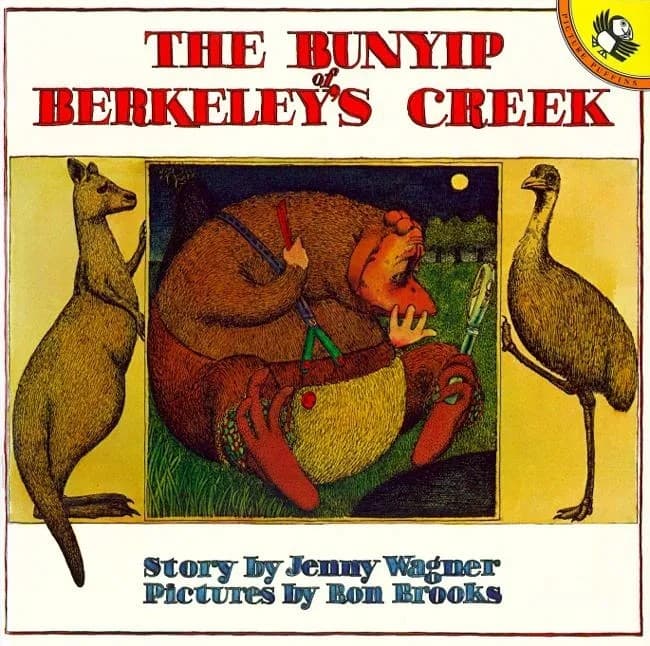 I found an English summary of the Kludde. Our Belgian version of the Werewolf/Large Black Dog. In the stories I heard or read, the thing that speaks to me most is not how vicious it is, but that it jumps on the backs of people (mostly people who stayed out late drinking and are going home, drunk, alone) and just increases his weight by every step the victim takes until the victim collapses and cannot move anymore (and in most stories, dies). 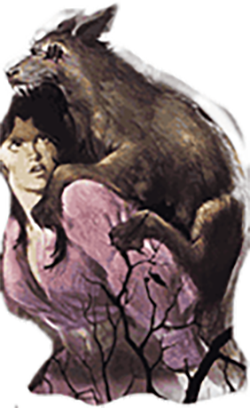 Oh fascinating!! I know of similar folkloric creatures, variously corpses or other things, that cling to your back until the victim takes them someplace or dies or such. Seems a surprisingly common trend!

In my family, we called jackelopes bundeer! My grandpa had a bundeer trophy hanging on the wall at a camp we used to go to down in the Catskills. I wanted to see one so bad when I was a kid.

I also loved the stories of sidehill mountain gougers, my dad we try to creep us out with them when we went camping or hiking.

I was remembering today of the version of the Werewolf I grew up with, AFAIK only in Brazil it’s like this. Most of it it’s the normal, only two things are different:

First, it’s not transmissible. A werewolf is created when a couple has 7 daughters, and their 8th child is a boy, that boy becomes an werewolf when he grows up. The transformation is triggered at the first full moon after the 18th birthday.

Second, and this is where it gets interesting, the weakness. Instead of the usual silver bullets (or any silver weapon), one must light up a candle in a church, say a prayer and then cover bullets with the melted wax. Those bullets will be able to harm the werewolf.

Now, I know that’s usual Christian propaganda being shoveled into folklore, but I find amazing how occultist that shit is. “Oh higher power! Grant me your bless through this flame, so I can use your divinity to hunt the beast that stalks the night!”

Yes! We seem to have a werewolf version here in Belgium as well, which has similarities. It’s the seventh child and is weak to church incense or something iirc. The interesting thing is that in the story I heard that it in, it was a good witch using the church incense while being a follower of the old ways or something.

Today I read the apocryphal chapter of the Book of Daniel from the Old Testament. @yochaigal I don’t know if it is included in the Tenach, or is also considered apocryphal there, but that doesn’t really matter to what I want to say.

It’s a very DnD type chapter containing the story of uncovering secret hallways in a temple. Basically, Daniel claimed the food offered in the temple of Bel was not eaten by the god, because the god was just a fake statue of clay and bronze or something like that. The priests denied it. A decision was made and they would offer food and seal the temple to see if the food would be eaten when opened the other day. Both Daniel and the priests agreed. The priest had a plan though, because they had secret entrances in the temple, where they and their families eat the food. Daniel however, also had a plan, and secretly, right before sealing let the ground be covered in soot and ash. Only he and the king knew about this. Lo and behold: the next day the temple was opened and the king was like “Praise Bel, the food is gone!” And Daniel laughed and pointed at the ground, where many footprints of men, woman and children could be seen. He was proven right.

Later there’s a bona fide dragon, which is worshipped like a god. The King asks Daniel if he can deny this god to be real, to which Daniel asks to be able to prove that it is not a real god by trying to kill it. He gets the go-ahead from the king, makes a disgusting cake from pitch, fat and hair and feeds it to the dragon, who bursts into pieces because of it.

I feel like this is all very sneaky, coloring outside the lines dnd play.

I don’t have any particular favorites to share (yet), but I did pick up this book yesterday while out shopping: 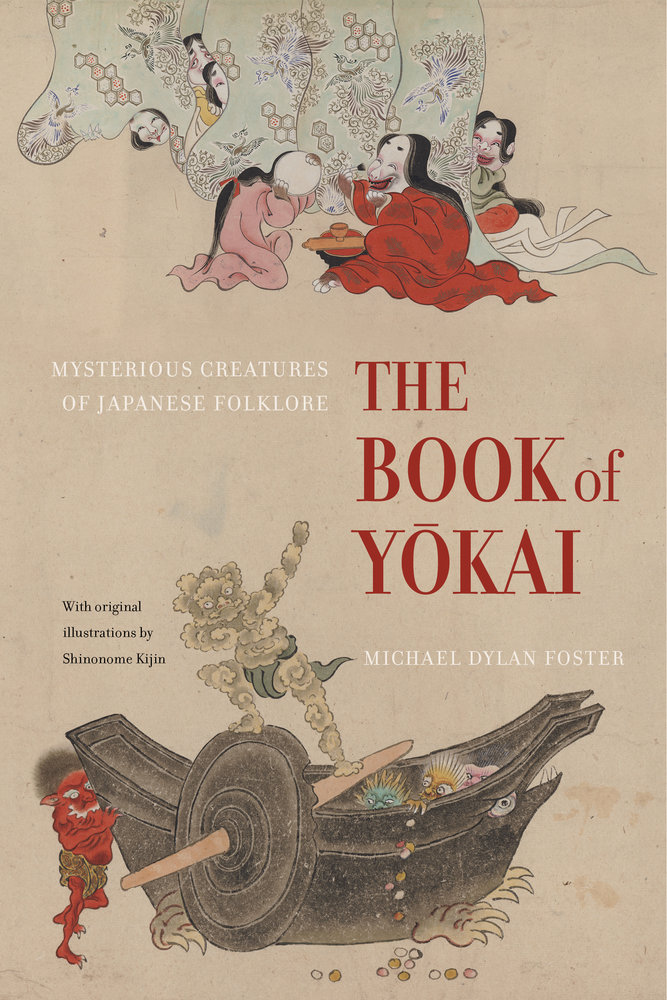 In German folklore, a wolpertinger (also called wolperdinger or woiperdinger) is an animal said to inhabit the alpine forests of Bavaria and Baden-Württemberg in southern Germany. It has a body comprising various animal parts - generally wings, antlers, a tail, and fangs; all attached to the body of a small mammal. The most widespread description portrays the Wolpertinger as having the head of a hare, the body of a squirrel, the antlers of a deer, and the wings and occasionally the legs of a bir... 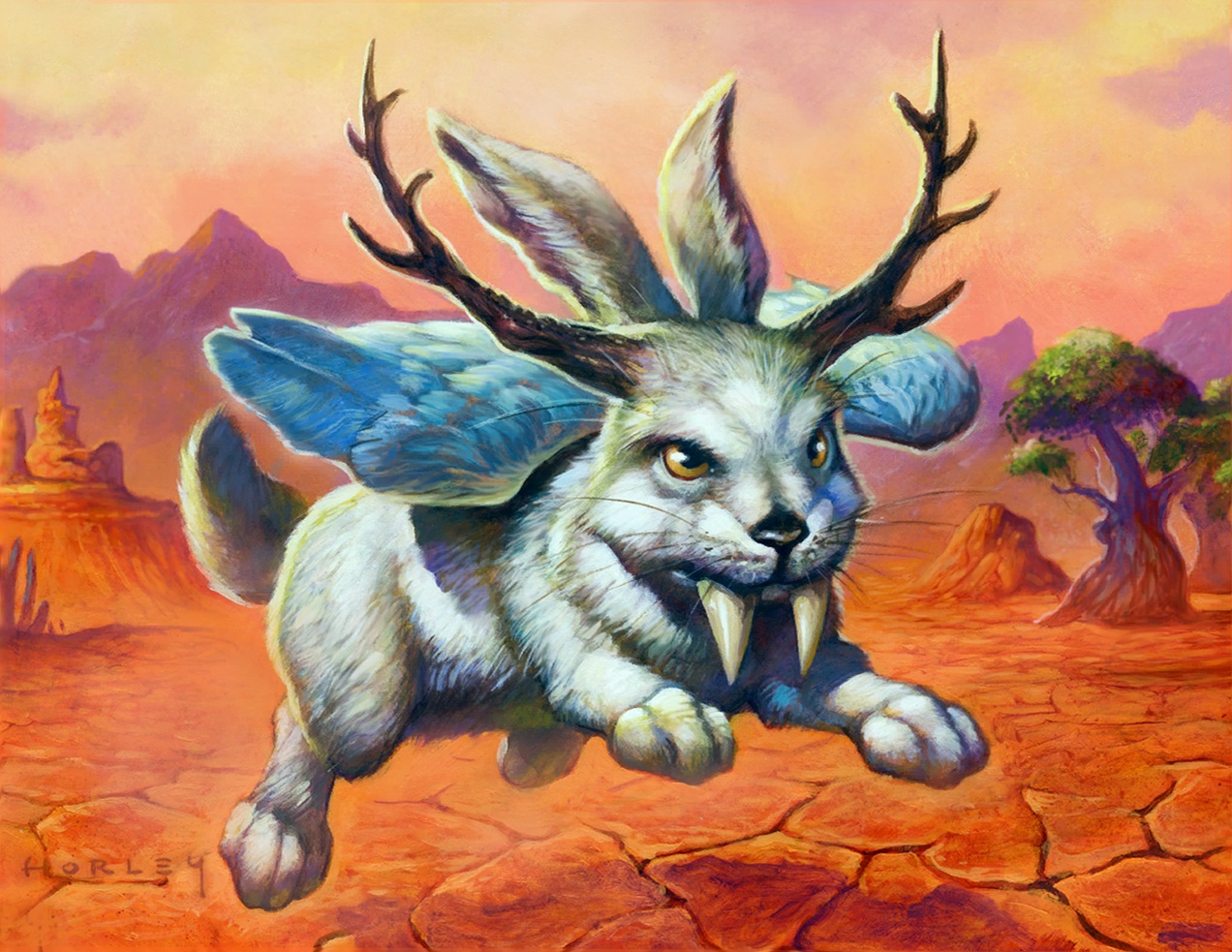 I’m going to plug the Vaesen scenario “Wicked Secret.” I’m going to try out this handy spoiler feature, just in case. The monster is a Church Grim. I finished running this yesterday, and without any extra artifice on my part, the mystery felt genuinely fresh – kept the players guessing for a good while, as most have never heard of this folk legend (including myself, before seeing it in Vaesen). It was also fun describing a giant housecat.

(Be careful running it from the book, since the monster is on the front cover, unfortunately!) Scary and also sympathetic, because it was simply a loyal creature protecting some misguided leaders.