Is there "Happy" NSR?

I like to write procedure around the idea of negotiating consequences of failure with the players, as such you can make failure stuff fun things ranging from ‘you get thrown out of the inn into a puddle’ to ‘you fail to lift the rock, its very embarrassing’

Yeah, the “nice” thing about violence is the stakes are universally understood. It’s personal and visceral, as you say. Here’s half an idea though:

Something my friends and I have talked about for a long time is a scientific expedition RPG (usually with a sci-fi aesthetic, exploring a planet or something). Something purely exploration based, with natural obstacles and logistical challenges (how do we cross this ravine? How do we survey this hex before the Radiation Storm rolls in?).

I could see the “HP” economy of this kind of game being based on funding. You have to spend your funds to launch experiments or exploratory missions, and you have to show project to increase your funding.

Injuries and other trauma are expensive, requiring both expenditure of funds and delay of expeditions, and possibly loss of confidence in your mission as a whole. It could lead to really dramatic moments where characters go into the field on stretchers to avoid letting the funding agency know they have injuries until they can secure continued support, stuff like that.

Combine it with a purposeful mission of discovery, and I bet people would treat losing backing as terrifying as losing life and limb.

What sort of procedure do you write? Are dice involved?

Dice are usually involved ye! Currently as of now Im working on writing up the procedure for running Ghibli adventure/semi-swashbuckling games in the manner I enjoy. So the procedures about like how to setup consequences to roll and whatnot, to facilitate such a style (ex: I wrote a thing about coming up with extra complications and opportunities like handholds to grab, ropes to swing, etc in the moment of play) and so forth. Kinda using procedure here as a catch all for advice and tools for the ref and players to use.

Glad to see so many great replies! Good ideas abound and it’s nice to see I am not alone feeling this.

I have been thinking about it, and I would definitely keep HP as hit protection, because I do like combat. However I also think there should be another thing to track. Morale? Empathy? Light? Something that gets diminished every time you encounter the dark and evil and could force you into retirement. But there are ways to replenish this. I think the Hope/Shadow balance from The One Ring is an example of a mechanic like this. Something that can leave emotional scars, but you do have ways to heal them. By companionship, happy family, witnessing other good deeds and things like it.

I also had a long think about scars and dismemberment. And they are dark things but I also don’t think they should be labeled as bad either. Disfigurement ≠ Evil. A way to portrait that without too many gory details would be good. Bad things happen to good people. It should change them but not make them unplayable. Having a player be “dead” and having a chance like Dungeon World where it could leave a scar but leaves you alive wouldn’t be totally out of tone. Or would it? One could also simply take death of the table completely but it’s note quiet my jam.

Seems like Insight from Cthulhu Dark could be an inspiration for you as well?

I really need to look into that, the game has been recommended to me a few times for various reasons already.

Diff’rent strokes for all, etc., but I find removing death an unnecessary and unhelpful tactic even for aiming at a ‘Ghibli-esque’ story brighter than many indie rpg settings. I mean, death (and other, magical, debilitating fates) is very much on the table for many of Miyazaki’s characters - it’s the tension of serious consequences in contrast with the power of friendship, love, and hope that I think offers such a potent and inspiring perspective.

See, I love these magical and debilitating fates far more than death.

The characters in Ghibli often risk assets, not death in their adventures.

Chihiro from Spirited Away isn’t going to die among the spirits, she’ll lose her parents, or her name, or her voice, or her new job, or her friendships instead.

I stole this for use in Brighter Worlds, partly because Last Breath is my favorite Dungeon World move, and partly because one of my players asked for chance of death to be toned down.

This is the modified version of it that’s currently in there, weighted heavily towards the outcome of “surviving but things get weird”:

When a character dies, they approach the Black River where Death greets them. The player describes who Death appears as, and what they can glimpse beyond the Black River. Then, they roll a d6:

1: The character is taken across the Black River by Death.

2-3: Death offers them a deal. If they accept the terms, they are returned to life.

4-6: It is not their time. They return to life marked by Death in some way.

If a character is already Marked By Death, the 4-6 result is replaced with the 2-3 result.

I’ve more recently started asking them to describe what Death’s boat looks like, rather than what they see beyond the river, but the idea is the same.

One game that I have and really want to try out (maybe in summer during vacation times) is RyuuTama which looks very much more a game about being discovery and with some anime cuteness (“Ghibli Flavor” so to say).

Another game that I’d like to try out and possibly adapt for class is Fall of Magic. It seems very fun to me with discovery and story building up on your own terms. I’d like to adapt it to the Exodus Story or Jesus’ Journey to Jerusalem for religion class. But I don’t have any time for that now.

Ryuutama is fantastic, great game. Though surprisingly tough on the resource management!

Same, I’ve really enjoyed Ryuutama - I agree it’s heavy on resource management and mechanized travel mechanics. I often hear from folks that are frustrated by those elements, which is fair. I’ve found that, in a very OSR/NSR way, it really sings when the rules are more of a jumping off point than an end point.

My current favorite game in the chill, Ghibli-ish, travel-around-and-explore-things is Wanderhome. I didn’t mention it here, because it seemed a bit beyond the scope of ‘Happy NSR’, but then again it is, in its own way, a rules-lite, sandbox-y game about freeform exploration - which sounds pretty NSR to me. At its core, it really is just stripping down an rpg to a basic cycle of 1) arrive somewhere 2) describe it 3) interact with it, with prompts to focus you on discovery, community, kinship, coziness, etc.

I played in a Ryuutama game early pandemic and found it really enjoyable but a little boring after a while. I think it’s a perfect tight mini campaign game. The world and city building was so fun though!

My reminder to look at your game, i was browsing it earlier and it seemed very cool!

I’ve just finished playing a game in class and did a quick actual play report during my free hour. It fits here pretty well I think. It was a happy game, based loosely on Electric Bastionland.

Children of Bastion: Looking for Cat

So here's the deal. I've been working on a game for use in class that uses the frame-work of Electric Bastionland's map-making and some of ...

I hadn’t been aware of this classic post by Patrick Stuart until it was mentioned today on another blog: 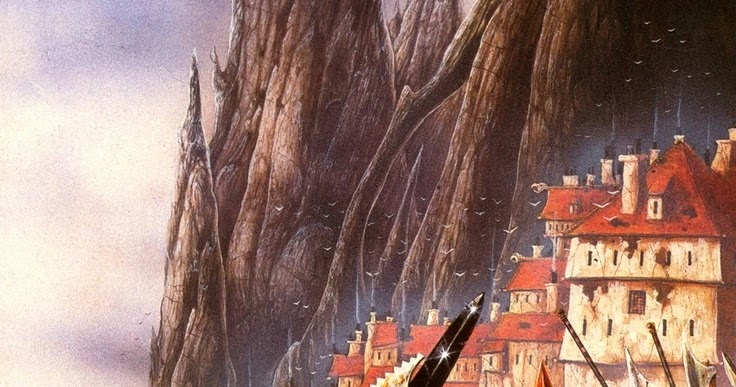 a city without a name

This. THIS. This is one of the most ‘Brighthammer’ setting ideas I’ve seen - a game full of awful, creeping darkness, but one in which bold, quirky, bright heroes faithfully gather to push back the encroaching dark every.single.time.
I could see this as a really interesting way to handle the different tonal options - much darker than Ghibli (say) but without any room at all for mere murderhoboism.

This blog post addresses the very problem of this thread. Maybe it will inspire some of you.