In true old school style, preferably weird zany items over standard +1 type weapons. Feel free to include any gems you’ve got lying around too.

Bottle of Silence
Can be poured into a room, filling it with quiet. Beware, it’s notoriously annoying to scoop back up.

Here’s a list of one’s I’ve enjoyed in my games. No real description, just names.

A hefty rock which will magically swap places with its thrower after striking anything solid.

I’ve got a few, many of them are from my science-fantasy campaign or my UVG campaign:

A gift from your estranged uncle Zanthar
Wooden puppet that attempts to do one mundane task per tooth deposited through a door in it’s hollow skull. New tasks will only be performed in exchange of new teeth. The magic can be fooled but at risk of the new task going afoul with the old.

The Demon-Devourer (d8; d10 vs demons, bulky)
Curved two-handed greatsword. A golden blade ornamented with electric blue script in a fel language. The sword is covered in the blasphemous names of the demons it has devoured. Critical damage against a demon consumes and imprisons them, and their name immediately appears upon the weapon.

Well traveled - tin of dried fruits
A tin filled with an assortments of bite size dried fruits. On consumption you speak a different language that is not native to you for 10 minutes.

I made some magic items inspired by Philippine legends and epics. Stuff like:

The Spear of Tiny Des
Long before the river carved it’s way to the sea, the Great Pixie Lord Tiny Des was convinced that they were the greatest spear fighter to ever live. Frustrated at not being able to fight larger people, they spent their kingdom’s fortune to create a spear that would transform opponents to their own size.

This ornate spear is about 2 inches long. When the wielder takes hold of it they immediately change sizes to be completely proportional to the spear as if it were 6 feet long. Losing contact with spear causes the wielder to instantly regain their former dimensions.

@Aidymouse - Thought I’d share a quick mockup of your item!
Sorry, this might break the combo thread. 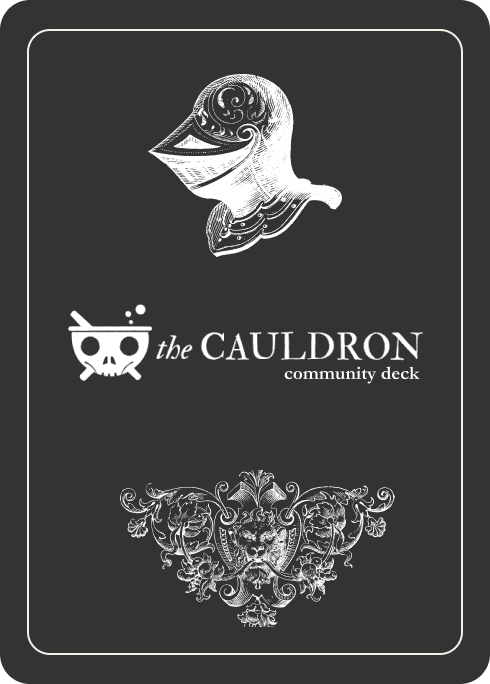 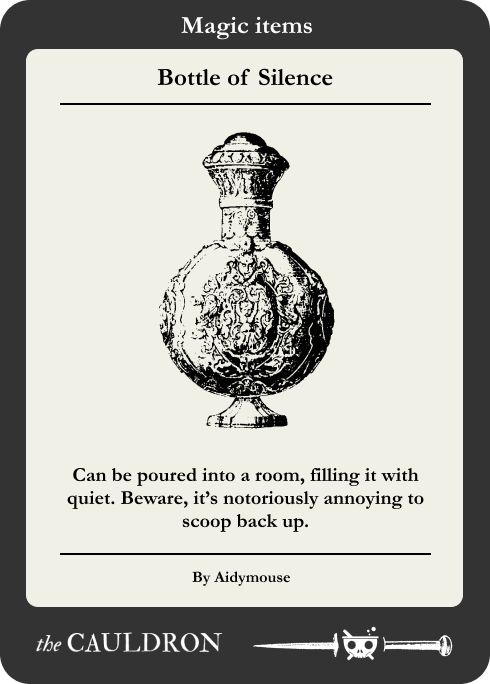 Thanks for starting this thread!

Notes: Created in Figma, using public domain images I really wanted to try out since joining NSR discord. (This is Figma source file)

Oh, I really like the idea of making some sort of collaborative item deck.
Especially if we could format it for printing at home, you can easily make a good deck by cutting out cards and putting them in a sleeve with some sort of trading card.

Nice! Figma is a great tool. I use it daily for work. Mocked up some interactive rpg compaign materials too.

Holy crap! Looks much better than my drawing

I have a big deck of index cards with magic items. I make sure to draw every one even though I’m not a great artist. I think it’s so cool if you can hand a card to a player once they find an item, and they get something interesting to look at.

Only problem is since getting into the OSR my magic items are now mostly a sentence or two and an index card is a little too big!

haha, cannot take all the credit - it was all public domain image of someone far greater in the illustration department than me.