OSE: A question about saves

This question is mainly for the OSR/Old School DnD players I guess. I’ve been “designing” or reworking a monster for the little world I’ve been dreaming up. I was filling in it’s stats and then I realized that there is a separate stat for saving against wands and then another stat for saving against staves, rods and spells (those three together). I’ve been wondering about why this is and I can’t seem to figure it out. Is it just that they wanted wands to be easier to save against? Is it easier to save against wands for all classes and creatures? Is this a chainmail holdover or something?

I’m using Old School Essentials, which I think is Basic and Expert DnD?

When I convert from OSE to other systems (notably Into The Odd and others) I typically convert Wand Saves into DEX or HP (the latter being something closer to Luck in Into The Odd style systems).

So yeah, it’s how fast you can dodge fireballs.

The question “why is it this way?” is best answered with a little history.

As everybody here probably knows, the original D&D was adapted from miniatures battle rules, the immediate antecedent being Chainmail (Perren & Gygax 1971). Chainmail had a “fantasy supplement” that went beyond “historical” “medieval” battles, including magic and monsters (which some wargamers then made fun of as just too silly in a serious warfare simulation hobby). 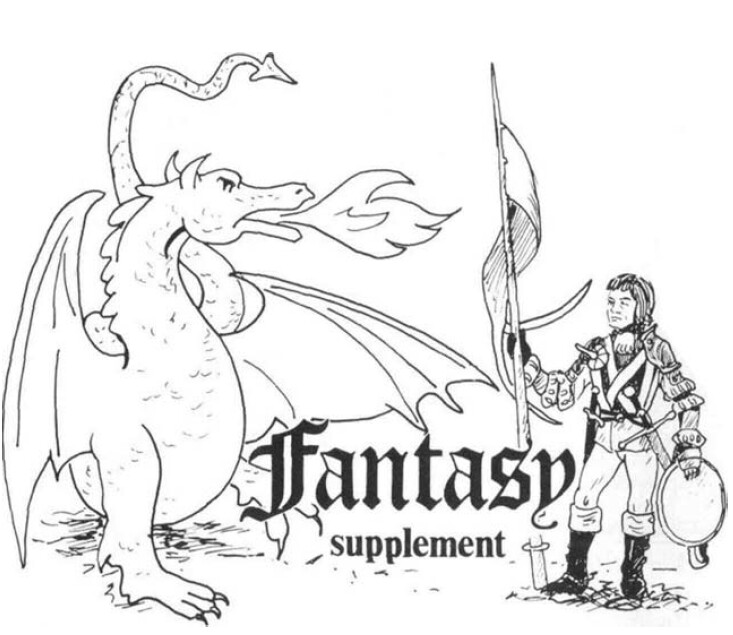 This Fantasy Supplement was based substantially on a privately produced set of rules (by a college student named Lenn Patt, now recognized as “father of the fireball,” and who soon moved on to other things) to carry out battles reenacting those on Tolkien’s Middle Earth, and it was the notional basis for much of D&D. Saving throws come from Chainmail (and other miniatures battle games).

Wizard spells in Chainmail were treated like artillery attacks. It was a wargame. Getting hit by such an attack didn’t cause instant death, though: it called for a 2d6 “saving roll.” Here is the rule from Chainmail about saves from Wizard spells

D&D proliferated the varieties of magical effects and added more effects not concerned directly with combat (although most magic was still about combat).

On the treasure table for wands and staves, wands are found four times more frequently than staves. Staves were generally much more powerful, with 200 charges and 8th-level effects (as opposed to wands, which had 100 charges and 6th-level effects). Staves could be used by both clerics and magic-users, except for the Snake Staff, from the mythology of Moses, used by clerics only.

As far as I can see, the rationale for having separate saving throws for Wands (“including polymorph and paralization”) was that wands were less powerful and more common, and they sometimes had effects that took a character right out of play–so that these have a slightly easier saving throw target–whereas staves were high-powered, rarer artifacts.

I suppose that the initial idea was this: Instantly fatal effects are easiest to resist. Spells were hard to resist because they are quite finite in number (magic-users can cast few spells) and it wouldn’t be fun to have a magic-users spells resisted routinely. Also, spells didn’t necessarily mean automatic death. Damage from fireballs and lightning would be halved on a successful save. The target number is therefore harder to reach for spells. Staves were more powerful, so they got listed there with spells.

See also the notes of DM David on this matter.

The saving throw system of old editions of D&D thus seems to be a result of cobbling together rules gradually accumulated in a year or two play, with a very thin rationale. If the idea of having a single saving throw for all magical effects was posed as an alternative, it was rejected because magical effects vary. The ones that take a character out of play immediately are easier to resist. Save vs poison and death ray is therefore easiest. Then come “paralization” and polymorph. Then come “spells” generally. Staves were very powerful so they were listed with the hardest target numbers. Wands were weaker, and included polymorph and paralysis effects, so they were easier to resist than spells (and staves).

What astonishes me is the staying power of a system that makes so little sense and that nobody really understands. That’s tradition for you: five arbitrary numerical figures that vary by class and level and have to be noted, but that rarely come up in play. People still use it fifty years later!

By the way, we can see a similar rationale in Empire of the Petal Throne (1975), by M.A.R. Barker and who played with Dave Arneson. The saving throws there are (in order from easiest to beat to hardest): 1. Poison. 2. Paralysis/Hypnosis. 3. Eyes (magic items). 4. Spells.

Tunnels & Trolls (1975) ditched all of this and just used the Luck stat for a completely different sort of saving throw mechanic.

For what it’s worth, spell slots come from Chainmail, too. When the length of the game was a single battle, it made a lot of sense simply to assign the number of spells a magic-user could throw, just like artillery shots.

The “Vancian magic” rationale was invented post hoc, apparently by Gygax or an associate of his, after the idea that magic-users could throw a fixed number of spells was imported into a game in which narrative time far outlasted a single battle. What had been, in Chainmail, one battle’s worth of spells now became one dungeon expedition’s worth of spells, but as soon as players expanded the fantasy beyond a single day’s dungeon expedition–which was almost immediately–the rationale for a limited number of spells spawned the first alternative: spell points that regenerate through various means. Gygax hated spell point systems, but many, may players used them (as did so many early competitor games from T&T and TFT onward).