I know a lot of people keep the Halloween tradition of running a Ravenloft one-shot. From what I can tell, this can be pretty tough to do.

Inspired by @PrismaticWasteland’s blog: The Mansion Under the Ghost Lake — Prismatic Wasteland

What are some other (shorter?) adventures that would be good for a spooky evening?

For me, that’s easy. Call of Cthulhu! There are plenty of one-shots for you in that sector of gaming, too.

Play your guts against their cunning and the cards. 1v1 book-vs-book choose-your-own-demise game. Really love it. 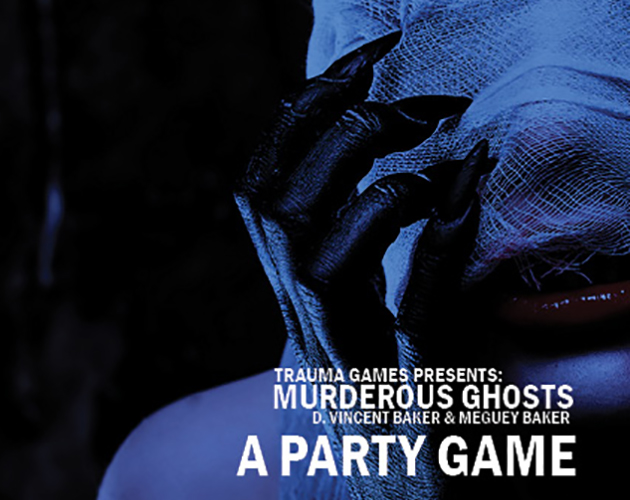 A roleplaying party game for Hallowe'en or horror fans.

There are a bunch of Mothership one shot modules as well as books that can be adapted to one shot.

I have used Dread and Ten Candles, and will second Oz’s Mothership recommendation. I hear The Final Girl is good for this too.

Videostore, a grindhouse double feature for Monster of the Week has two adventures that would also work well; I ran one adventure from it using Agents of the O.D.D. with minimal modifications.

Last Halloween I ran The Night Floors (heavily modified) using Agents of the O.D.D. (lightly modified). Myself and the players all had a great time.

It’s a Delta Green scenario and it has some great and spooky ideas in it, although it is (imho) very overwritten. So be ready to just wing things or skip giant blocks of text in the module.

I wrote this article several years ago for the website High Level Games called 5 Steps to Make Monsters that Matter (A Halloween Special). It’s not exactly a pre-written module, but I do discuss how to make monsters or scenarios that feel seasonally-appropriate, while not relying on the cliches. In fact, @goobernuts you may be interested to be pinged on this, but I actually discuss inspiration from the Philippines in the article.

I’ve run some simple Dread sessions that are a lot of fun.
Normally I keep my prep pretty simple.

First I decide what is going on and write down rules that the setting/monster follows. This is probably the most important step, if you know what the horror will do then most other things fall into place.

Next I decide how much of this the players know at the start, and come up with an initial setup and make personalities for any NPCs that I think they will interact with.

Finally, I come up with 3-4 drastically different things that the players might do and come up with ways to handle them. If the players pick a way different from any of them (as almost always happens) I generally find that I can remix one of the things I prepped for a bit and use the information from it in a new scenario.

Lastly I write up the questionnaire and make sure that it includes questions about the PCs that are relevant to the setting, plus a few red herring questions that are completely irrelevant so that it doesn’t reveal what is going on. For instance, if the horror was based around, say, a supernatural killer, I’ll probably ask if the PC believes in the supernatural, but I’ll also ask if a PC thinks that space aliens have visited Earth. 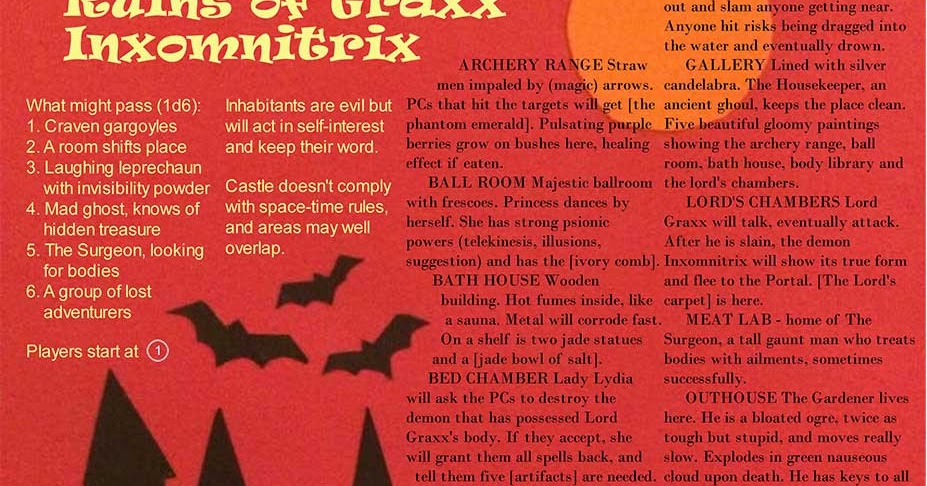 One thing I love about Mattias Lejbrink and Ann-Mari Karlsson's 2018 One Page Dungeon Contest entry is the way it inspired a new-found app...

Others have said it: Dread is a great one-shot engine. Just be ready with a smoke and mirrors set handy.

I wrote a Dread scenario based on a Peter Cushing and Christopher Lee horror film from way back in the day: Dread Scenario: Horror on the Siberian Express – DREAMING DRAGONSLAYER

You really love your nuno, huh!

lol ya I dunno, for whatever reason they appeal to me. Probably started with the one-shot I refer to in that post actually…

Bluebeard’s Bride is basically always a one shot if you dig feminine horror.

I really like The Final Girl, I’m not sure it’s really “spooky”, but it definitely feels like a light slasher romp, if that’s what you are looking for.

Anyone ever play Let's Kill Dracula by Justin Scott ?

My favorite haunted house module is Zzarchov’s Price of Evil. For 1-shots, I tend to run it on dial-up the clock so that it’s more fraught when the players show up.

It’s not a module, but I’m planning on running Black Mass by Will Jobst as a spooky one-shot this weekend. I’ve been running mostly OSR stuff for the past year, so this’ll be an adjustment, but I’m really inspired by the mechanics and vibe. I’ll report back after.

Hey, that’s me! I’m going to be putting out an updated 2nd edition for this soon, it makes me happy to no end that someone even mentioned it!

Trophy Dark has cool adventures that can be finished in a session (or two).