Bone inspiration~
I really enjoy & also surprised when looking at this type of architecture and pockets of history that exist in the world. 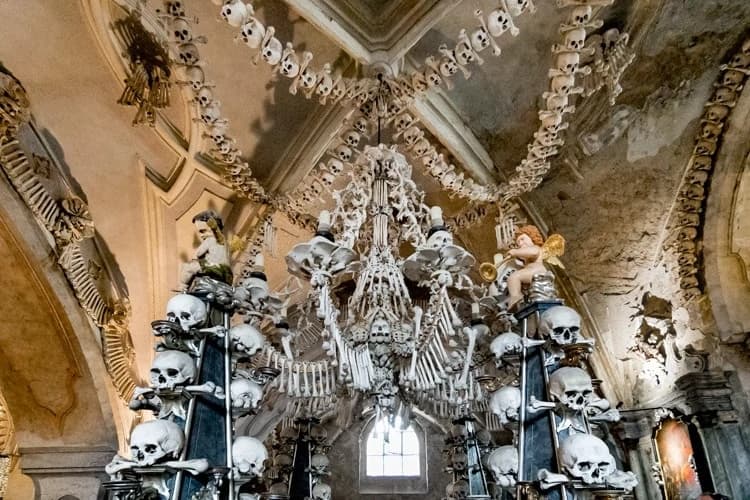 The Bone Church
The well-known story of the Bone Church (‘Ossuary’ to be more correct or ‘Kostnice’ in Czech) in Kutná Hora is that, in the 13th century, Jindřich, the abbot of Sedlec monastery, returned from a visit to Palestine with a pocketful of soil and sprinkled it on the cemetery surrounding the Chapel of All Saints.

This direct association with the holy land led to the graveyard becoming a sought after burial site among the aristocracy of Central Europe. At the time of the thirty years’ war in the 17th century, the number of burials outgrew the space available, the older remains began to be exhumed and stored in the chapel, and it’s estimated that the chapel now contains the bones of up to 40,000 people.

There is a church here in Milan called “San Bernardino alle Ossa” (St Bernardino of Bones):

San Bernardino alle Ossa is a church in Milan, northern Italy, best known for its ossuary, a small side chapel decorated with numerous human skulls and bones. In 1210, when an adjacent cemetery ran out of space, a room was built to hold bones. A church was attached in 1269. Renovated in 1679, it was destroyed by a fire in 1712. A new bigger church was then attached to the older one and dedicated to Saint Bernardino of Siena. The church's origins date to 1145, when a hospital and a cemetery were...

the ossuary is impressive too 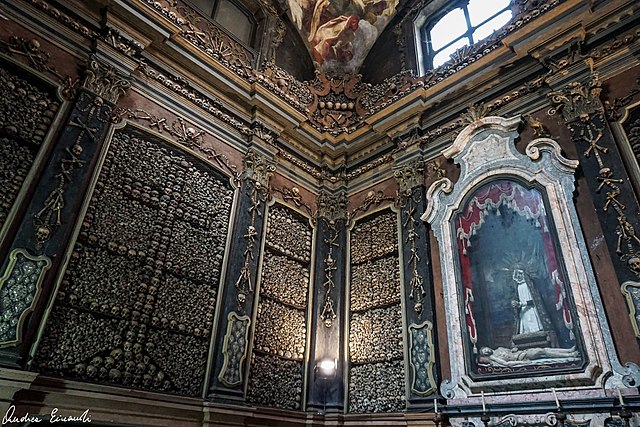