The Past’s Grasp is a wonderful adventure, and may be my new go-to one-shot. I playtested it with a great group with greater success. I thank Franky for the opportunity to be a part of its playtest.

I used a mix of 2400 Exiles and OZR, using the backgrounds generated to inspire a character. The group consisted of:

A Canid-Spliced Soldier, a horse-sized French Bulldog with a similarly horse-sized head of a human. Has a rifle screwed into its shoulder. Goes by Bruce.

A Dust Merchant by the name of Trader Joe, who commonly confuses dust for his dust.

A Plague Eater named Hammond, who was accidentally reanimated by Kentucky. Known for their 2m prehensile tongue.

A Sand Skimmer with a sand-encrusted Sextopus™ that he wore as a backpack. His name is Dirk.

A Starmind Adept named Prawn. His powers include being uncomfortably awkward.

Xenoarchaeologist who is 12 years old with a PHD. Her name is Kentucky Smith, who minored in EVERYTHING and wrote her dissertation on Star Titans. 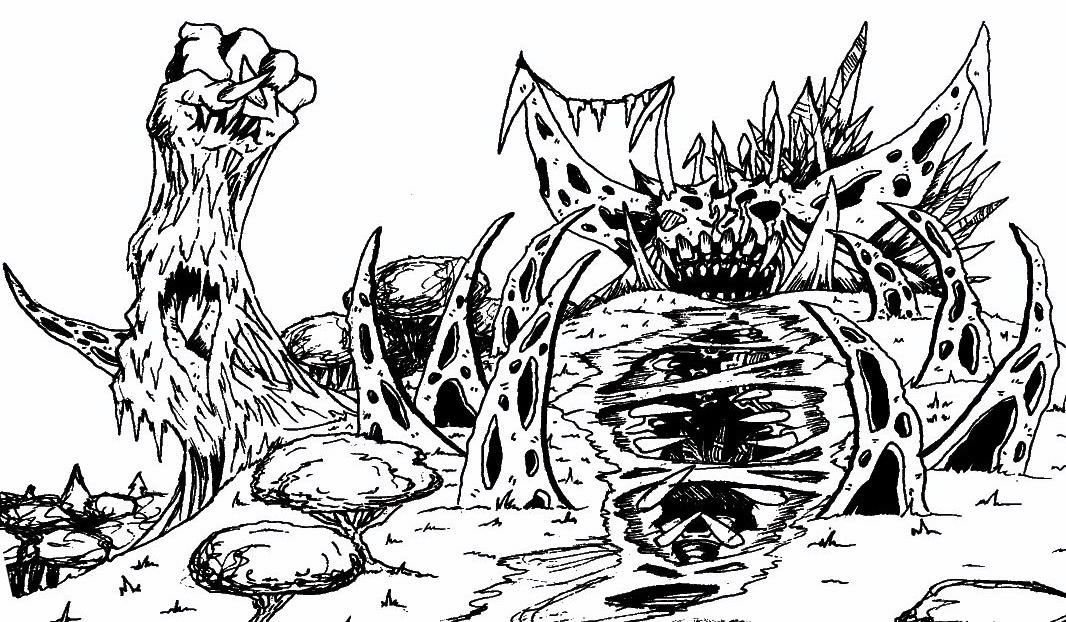 I started to write a full synopsis of everything that happened in the session, but… I don’t think anyone wants that. So, instead, I’ve added “Review” to the title and will share my thoughts!

A timer or similar, in my opinion, is the ONLY thing holding me from saying this is one of my favorite dungeons ever.

I highly look forward to its full release!

So glad to hear that you enjoyed it! I think if we expanded it we would definitely expand the environmental space. I think we were envisioning that the time spent would be summarized at a high level. Its something I’ve been both really interested with but also struggled with is depicting the passage of time. Its a huge space and how do you convey that effectively while also not just packing it full of stuff? Don’t have a great answer yet, but still mulling it over!

I see I cannot attach the file, let me find a way to hyperlink it in!

Here it is if you want to see it!