TPK is not a traditional “old school” RPG.
But it’s a game heavily inspired by the old school play style, traditions, values and vibes… trying to deliver them through modern tools.
It is, in a word, a #Grognardpunk game.

I’ve just released the first public playtest files (rulebook and play aids) and hope to be doing a good thing by sharing them here with you, veteran OSR players.
Comments are greatly appreciated, and actual playtests would be invaluable 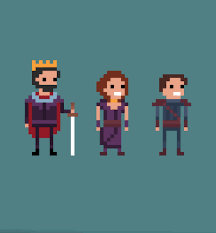 I just posted a full session actual play, in blog-form.
It summarizes 4 hours of play by chronicling the essential events round by round, also mentioning the relevant game mechanics.

Second and final part of the delve!

This is the second and final part of the Spider Mines delve run to test the Total Party Kill rules, started here . Being more used to the rules, play flowed smoother and in a more relaxed way. Same Pl...