Ok, I’ll start with a definition before asking my question.

Emergent character generation is the idea that we don’t have to fill in all of the character sheet or playbook before we start the game: we can let the players make choices during play. I’ve found this really useful for one-shots, in that it’s really annoying if you choose Move X and then never get a chance to use it during play. So, instead, you suddenly realize that this moment you could use Move Y, so you select it in play and use it. The player has a great time and likely it made for great play and can also speed up character generation by reducing choices that need to be made before you play.

My question is: what other examples or emergent chargen, aside from choosing skills or moves during play, have people used and found effective? What hasn’t worked well?

Bonus question: has anyone seen this intentionally incorporated into game design?

I believe PSI*RUN by Meguey Baker does this?

I definitely do something like this with things like languages and small things that no one really pays attention to until they need it. So I will be curious what others recommend. @yochaigal , I couldn’t find a link to get PSI*RUN. Is it published in a strange corner somewhere? 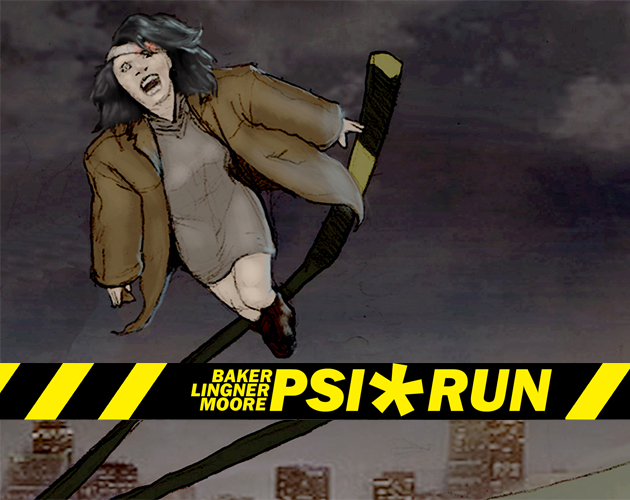 They took your life. You got away. They want you back. Run!

Somewhat in this category is backstory sessions. You can run a campaign as normal, and then some session (usually because too many people are going to miss for you to actually run the main story) have an adventure from before the campaign started.

To my mind this only affects backstory, not anything around rules/abilities, but I could see it including those as well.

(Now I’m just pondering on campaign ideas, but I could see doing this a bit like BitD flashbacks, but with whole sessions out of order. Run a game that has the party reach some BBEG’s lair, then stop. The next few sessions are flashbacks, going on quests they suggest, such that they get the results of those sessions for the confrontation they already played right up to the start of. Then skip back to the BBEG’s lair and play out the end.)

On a different note, really just expounding on your example of adding skills, I usually allow any character modification that’s an increase in specificity but am restrictive about other changes.

A character might start out as “a farmer”. They couldn’t then say “oh, I’m also a blacksmith, I totally do both things,” but they could say, “our farm had pigs, so I know a lot about pigs.”

I’m sure it’s not the only game using such technique, but TPK abstracts most adventuring supplies (Light, Gear, Rations, Treasure) so that Players can pull whatever they need from their backpack on the spot, without having to decide any specifics beforehand.

Both important and unique Items and these “quantum” Supplies still engage with interesting and challenging inventory dynamics, and fictional positioning limitations, though

In FateLess most critical PC elements (Character Aspects) can be freely updated / changed at the end of each game session, while more significant progress milestones can be used to alter even the PC elements that would otherwise be fixed / permanent.
While this is not exactly the same as leaving a blank until later in the game, it allows Players to fill in any sort of vague placeholder until they have a clearer idea of what they want / need for their PC.

A similar technique is used in Fantasy World when it comes to the Issue and Doubt of a PC, two core elements that drive 90% of character progression in the game.
At the end of every game session the End of Session move specifically requires each Player to briefly ponder and reevaluate their PC’s Issue and Doubt, prompting for updates and changes.

I always allow this in PbtA games, with moves that are never (or very seldomly) used.

It mostly happens with moves a Player picked at char-gen without really understanding them, while those they acquire through character progression tend to be more informed and satisfying choices.

Or when campaign expectations end up differing from reality… so that a PC is all geared up for heavy combat, and then the Players end up constantly choosing non-combat solutions and approaches. There is only so much a GM can do to highlight a PC strong suits if their own Player constantly chooses to do something different.
In the end allowing a move respec is the easiest way to fix the problem

I seem to recall watching a Fate game where they did this. At least, they gave their characters new aspects in the middle of play.

Risus also supports this very well. In fact, in my homebrew risus hack, this is an explicit character creation option:

Blank Slate: Having trouble coming up with traits? Reserve a couple character creation dice and spend them on traits during play in the spur of the moment.