I want to include a non-violent small adventure in my book and I’m looking for ideas.

I kinda want to prevent players to use violent methods and make them look for other solutions.

I recently ran Where The Wheat Grows Tall using Cairn. My players did not enter combat once. They certainly could have - every creature has damage dice - but for whatever reason, they avoided it. Might be a good start.

Another is Alchemist’s Repose by Ben Milton. You can definitely get hurt, but it’s essentially one giant puzzle.

I don’t know what the concept is, but things like contests are pretty fun.

Cooking contest, dancing contest, joke competition, singing competition, high tea with a fairy queen (the result of the tea-party defines a possible peace treaty, so don’t mess it up!) etc.

Riddles and puzzles are classic fun too.

Help a character get ready for a date, picking out outfits, etc. Prepare a feast for a gnome king. Etc.

You could also just make non-violence a condition for success in a particular quest. A valuable prize is hidden in a shrine that only reveals itself to those who have shed no blood in the jungle where it was built. That kind of thing. That’s kind of a tricky adventure to write — you’ll want to make sure there are solid, non-violent options for dealing with enemy combatants — but could be fun to play.

I think this is a key part of a older style fantasy RPG play – when the option for violence is always there, but it’s nor especially rewarding or safe, players tend to use it less.

One way I think this works is that when players know they can use non-rules based solutions to open ended problems they will. Violence is often the default solution in RPGs and worse (if you’re trying to offer other options) it’s often one that the characters excel at. So it becomes a trick of presenting a setting where the players don’t want to immediately reach for violence, either because it feels morally wrong or because it’s dangerous to the characters.

I think this is a key part of a older style fantasy RPG play – when the option for violence is always there, but it’s nor especially rewarding or safe, players tend to use it less.

Yes, that’s actually a critique of mine with respect to the module (I’m writing a review after a recent placethrough). There were certainly dangers but very few situations threatened immediate violence. I’m not sure whether the fault is mine of course…

If I actively wanted to prevent players from fighting, I‘d use a Cthulhu-style adventure, with just one overwhelming foe. Tales of the Scarecrow is in that style, and I‘ve seen it played without a fight.

Also, city adventures are great, especially if citizens are prevented from carrying weapons by law. Investigate, and when you‘ve discovered the HQ of the conspiracy, call the guards. The Veiled Society (B6) probably is a good example in that vein. I‘ll be running it tomorrow, so can‘t speak from experience yet.

I played through the first section of Gradient Descent, and combat was disincentivized enough that we avoided confrontation entirely. It was made clear through the description of the environment and the premise for the adventure (the PCs were a salvage crew, not a combat team) that a direct conflict would almost certainly end poorly for us.

The module has the party exploring an abandoned/decommissioned android factory. One could translate this to high fantasy by replacing androids with golems. A lot of the other things in the adventure (which are probably spoilers) can probably be mapped directly into a high fantasy game.

Your use of the word prevent gives me pause - is there a reason the players shouldn’t be allowed to engage in combat? My preference would be to make it clear that other means are not only available but likely to be safer and easier. This leaves stubborn players the freedom to choose a harder path if they want.

Ruins empty of monsters. Just a place after a great calamity or ruination of some sort.

Explore, figure out what happened. Report back?

I don’t know if Wheat Grows Tall is explicit about being a non-combat adventure, but even if it is I certainly think that there’s a place for varied levels of aggression in encounters. While I firmly believe it’s good design if every monster can communicate, and find the reaction roll is an imperative for good faction intrigue, there’s plenty of situations where creatures don’t want to be friendly and are ready to fight. A non-combat adventure doesn’t need to avoid that, just offer the opportunity for retreat and give information to the referee on how the non-violent solution might work. Too often NPC/monster motivations aren’t provided, and that’s the equivalent to not providing stats for monsters and expecting combat.

Players will have different levels of comfort with risk, and different levels of interest in violence, plus making sure one has multiple options for solving the problem of a threatening encounter is important, even if one of those solutions is always throwing the PCs into combat and risking their lives. Just as combat will sometimes be easier or harder, finding that non-combat solution should be as well.

I suspect there’s designers who want to experiment with the all non-combat adventure, and that’s laudable, but like all experimental design it’s tricky. Interested to see how your review of Wheat Grows Tall turns out. 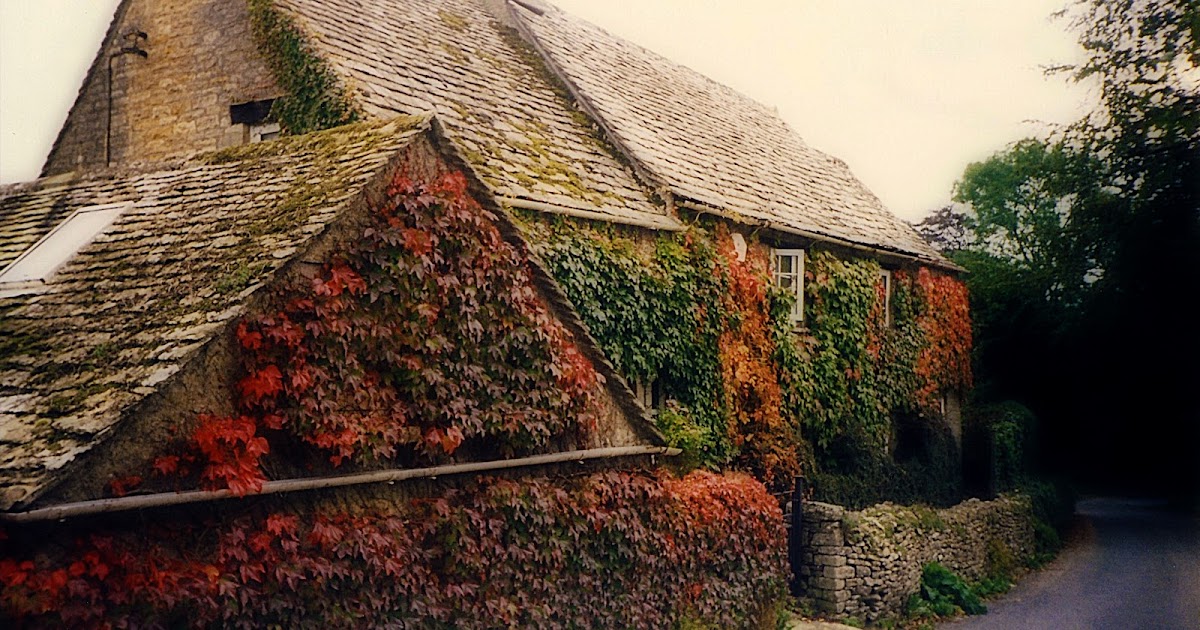 A short autumnal sidequest for your fantasy game. Hilda the witch hasn’t been at home for a week, grumbles the baker, and the townsf...

Oh yes I also love this one. It’s on my list of Dolmenwood-like settings.

I LOVE this style of play, and build almost exclusively for it. My current strategy is a “Drama Clock” - there’s a problem that needs solving, and each player gets 1 Move before the clock “ticks” closer to the “drama-splosion” (I don’t use that term, but now I might … it’s fun!).

The key is that even if a Move narratively “solves” for the current issue, there’s a complication - not a MECHANICAL complication, but a narrative one. It’s an “action” sequence, but the “action” is sometimes something like “calm the raging acidic worm by connecting with it telepathically,” or some such.

My Move list helps, too. You can Get Physical, Figure It Out, Cast a Spell (a game-specific “special” move, like use Tech if it’s scifi, or Get Super if it’s 4-color), Bond (empathy), or Help Out. Nothing is explicitly violent, and nothing “deals damage” - losing a Heart, in my system, is a consequence of a complicated success on a roll.

Last game I played with kids as an example:

A stampede of terrified lightning bulls were headed to the edge of a glacier. The party was a group of magical researchers committed to creature conservation - if they did nothing, the herd would splat!

Minutes later, the last of the bulls stumble into the warm waters of the pool, exhausted, to calm down, and the folx in the camp come out to thank the researchers. The few who fell into the net are lifted up by phoenix to rejoin their friends.

With smaller parties, you can give multiple moves per player; larger ones, you give just one. It’s a shared sense of drama and mission and it allows for tension without violence - the same feel of a good tactical situation, but with extra creativity (it’s more than just “hit things”) on both storyteller’s and players’ parts.

Cairn has a bit of this in its “NPCs > Reactions” (to determine an NPC’s attitude towards you), but if you add “Surprise” and “Distance” variables as well, you’ll subtly encourage your players to seek non-violent resolutions to a chance encounter.

Ooh also, from the comments on that thread: giving your “monsters” something they’re busy doing when you encounter them will also humanize them to your players, thus avoiding attack as the default choice: d4 Caltrops: OSE Encounter Activity Tables

Skerples’ upcoming Monster Overhaul has d100 tables for all of the major monster types that are exactly that.

). When some Gargoyles are 95 Toiling to repair a cave in and re-unite with loved ones it could produce an entirely different situation if they are approached peacefully, creating Allies where none existed before and subtly shaping a “wider world” (Gargoyles love, what are the implications of that?). I do also enjoy giving Monsters “Miens” à la Troika! to help develop “personality” as well, and have some tables for that which come in handy.

I love the idea of nonviolence in games that are usually very much centred around violence. I recently wrote about a character class, the Wonderist, which is not allowed to deliberately cause harm or distress: 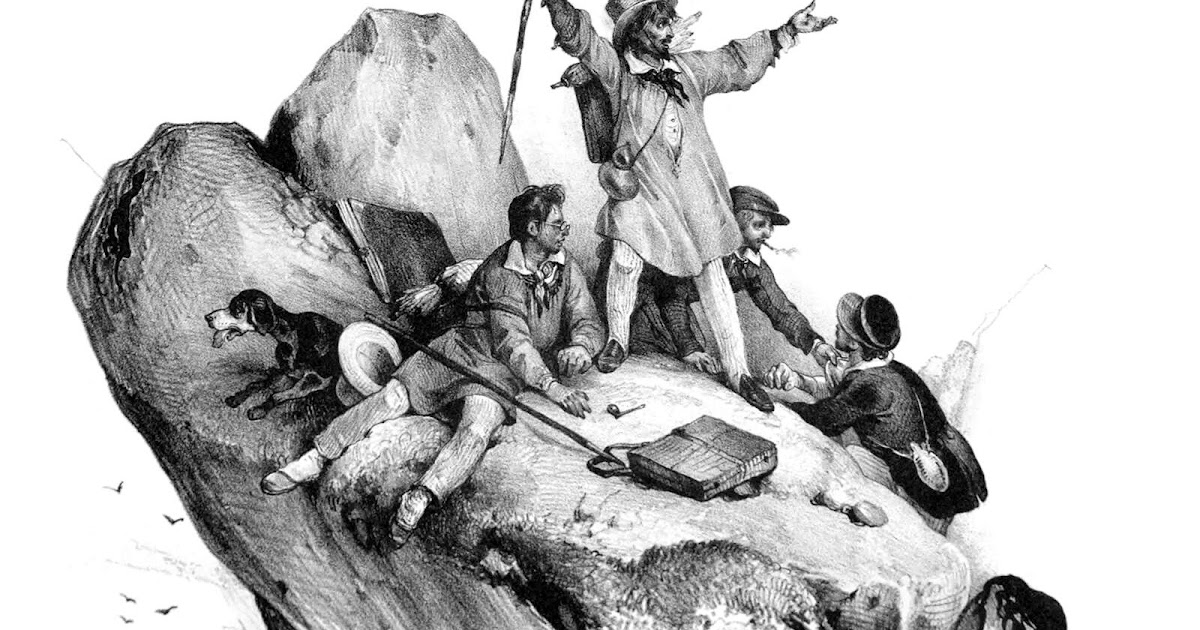 Wonderism What is #Wonderism ? It is the opposite to Terrorism. A terrorist spreads fear through society by carrying out unexpected acts of ...

Pretty much the most enjoyable session of D&D I ever had as a player was when there was a fair in the local village, and we spent the whole session getting increasingly drunk and playing on coconut shies and the like. There was also a big wooden castle at the centre of the fair, like something knocked together for a movie set, where you paid a couple of gold to go inside and pretend to be an adventurer - sort of like a haunted house, lots of pretend-violence but nothing that could harm you.

Take a town and it’s NPCs. Give each NPC something they need or want from another NPC, and detail the reason that character won’t give it to them. Make it a complex web, and then drop the PCs into the town.

Give a few of the townsfolk something that they need from these travelers from abroad - they must be very brave and skilled! Don’t make them soft quest opportunities, either. These NPCs are desperate and very persuasive.