What if this kind of magic came from Egypt, in your fantasy setting? The fantasy of pharaonic Egypt evokes imaginative responses just as does the mythos of Homer, and the two could exist in the same world.

This is a great advice and also I was orienting myself on this track, since I wanted to introduce the use of amulets and talismans, which are absolutely of Egyptian origin.
Maybe the lower form of magic is a bastardization of heka (Egyptian magic), effective on small scale, enabling the practitioner to tap into that primordial energy source, but not fully understood and used only by reciting a short handed down list of spells.

That’s a fun choice, I think!

The ancient Mediterranean was extremely interconnected. To be honest, it would feel odd if you didn’t include influences from other cultures in the setting.

The real challenge will be to represent cultures as they are described in myth and not in history.
The globalization of the Bronze Age (which was also one of the causes of its downfall) is a fascinating topic, but one that I would address only if the perspective of the game were purely historical.
Instead I would like to represent the Mediterranean, its places and cultures as they emerge in myths. So we will have Ogygia, Pillars of Hercules, Scylla and Charybdis, Lotus-eaters, etc.

See the map below: 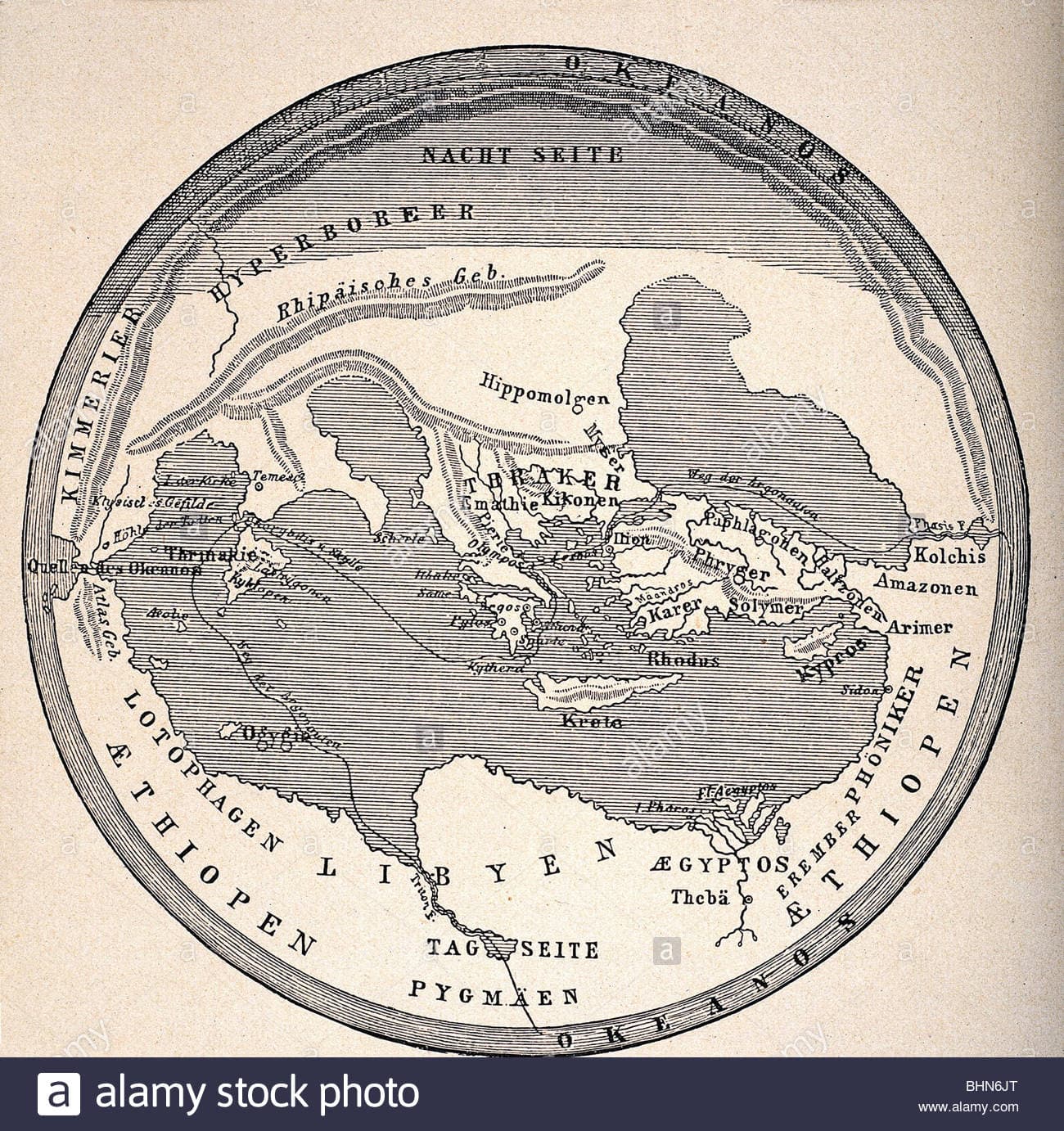 The scythians are easiest to include, all you need is to toss in some burly amazons!

Today I drafted the Principles of the World. What do you think about them?

Principles of the World

The Demigods and Heroes

Ooh, having setting-related principles for players is a great idea. I’ll take note of that for my own project.

As I said to you before — and I post here just as a reminder —, write down some principles for what are the characters.

Who are the Adventurers?

Learning so much from you guys hahaha

Very well done! The bullet points flow well, and clearly communicate the sense of what this setting is. Though I’d agree that maybe including a section making clear the players position in the world could be smart. I love how many hooks this leaves lying about. Maybe also include some sections on culture/what players can be.

Maybe also include some sections on culture/what players can be.

This is covered in the backgrounds! I am still re-reading Apollodorus’ Bibliotheca to avoid being bland and uninspired, but I have already planned to separate the background into two sections: professions (what PCs do in life) and origins (where they come from/whose children they are)

I added this paragraph in the Principles of the World

The first draft of Thálassa has matured enough to share it.
It contains all the rules, but is completely missing three important elements that I will be developing over the next few weeks:

aside from these, I will eventually add a glossary, the gods descriptions, and appendix N

here it is the web SRD:

here it is the web SRD:

I’ve been looking, but couldn’t find some specifics:

I’m really interested in what you say about the length of the thread being known. How does that interact with players/fiction/rules? I think that’s such an interesting twist to put on the “play to find out” exploratory nature of play. I’d love to know more.

Similarly, the epics have a really familiar structure, are you bringing that structure into any of the “adventures” or “modules”? Are there any rules that offer structure to the flow of play (phases etc), or is it a bit more free?

No value judgements in either.

I’m really interested in what you say about the length of the thread being known. How does that interact with players/fiction/rules?

In any way the odigos and players want! That’s not a mechanic, it’s a principle that reminds the inevitable Fate. In Ancient World there was not a true concept of “free will”. Every lifespan was pre-determined, but unknown. Romans elaborated this into the maxim “amor fati” (love/accept your fate).

the epics have a really familiar structure, are you bringing that structure into any of the “adventures” or “modules”?

Definitely, this part is still being defined but there will be a section with adventure generation tables.

Are there any rules that offer structure to the flow of play (phases etc), or is it a bit more free?

No, this is it. I will not elaborate further the rules of ItO/WN/Cairn as I completely despise crunchiness and embrace freeform.
But I am thinking about the exploration sub-system. It will be not a hexcrawl though, maybe more a point-crawl with a certain amount of unpredictability.

I think there could be a good balance between the “feel” of Epics and free play. Certain motifs (Minotaur at the end of a maze, Gorgon’s head to paralyze, etc) could still come up but I think perhaps letting the players subvert those tropes would be very interesting.

yeah, I am trying to hinting a certain mood and atmosphere for the game but leaving a lot of “white spaces” both on the map and in the gameplay

Last week I was on hiatus to complete the layout of the second volume of the Italian version of White Box and because of a bad toothache (I will have a surgery next week).
I’m working on the marine adventures system, but in the meantime I’ve been drafting out the Quest generator, you can find a first version here:

I will soon update the blog with the second part on the magic system, to keep track of the choices made.

Alas, these hectic days I couldn’t progress that much with the seafaring adventures system, but thanks to Bibliomancer Bot I fleshed out some Spark Tables