thought I might start a thread chronicling the ongoing development of my science-fantasy RPG setting, Vaults of Vaarn. I hope this thread doesn’t come off as too self-regarding, some of the project has been released in zines but I consider it an ongoing enterprise and I wanted to contribute a bit more to these forums and perhaps post some design diaries or inspirational art etc.

Vaarn is a blue desert which exists near the end of time, littered with the ruins of the unimaginable faded eras of the past. It’s a post-apocalypse, post-human world. The sun is a dying red giant, and the Urth is inhabited by true-kin (non-mutants), cacogen (mutants), newbeasts (uplifted animals), synths (robots) and mycomorphs (fungus-zombies). I draw pretty openly from The Book of the New Sun, Dune, Hyperion, as well as the art of Moebius and the videogames Hyper Light Drifter and Caves of Qud.

I use Knave as the underlying ruleset, with a few modifications.

The setting has thus far been outlined in three free zines:
Issue One which is the player’s guide and introduction.
Issue Two which focuses on Gnomon, a thirsty bustling market city.
Issue Three which focuses on the deep deserts of Vaarn and travel procedures.

I also have a blog where I post Actual Play reports, bits of lore, and so on.

Happily I am not the only creator exploring the blue ruins of Vaarn. @Gulluth has been working on Urth Simulacrum, an automated generation procedure for Vaarnish locations, based on the tables in the zines. He also built an searchable online SRD, which is an alternate way to explore the setting.

I think that’s enough for now. I’m currently working on the fourth zine release, which will take readers to the Wall, a vast decaying superstructure that towers over Vaarn’s coastline. More on that as it develops.

I’ve heard good things about Vaarn, thanks for sharing.

I’m participating in the italian translation of the first zine and I was impressed! The random tables are great, so much stuff to play with! I’ve also played it the adventure “the tomb of nassak-an-rah” during an online convention!

Thank you Gus, funnily enough I’ve been recommending Tomb Robbers of the Crystal Frontier to people who ask me about science-fantasy dungeons (my zines don’t have any keyed locations in them). I think there’s a confluence of tastes there. I’m always in awe of your very detailed thoughts on dungeon design, it’s something I’m still not confident in.

Thank you! I have heard about the Italian translation, I’m always interested in the process of translating SFF works with unusual or invented words in them.

Most appreciated praise. Thank you. Here’s the next one I’m working on - more of a small point crawl with two weird towns and a faction based 30 room adventure (ruined lighthouse oracle and sea/death god shrine). The second (which I’ve shared before is a bigger 140 keys - but more minimal) is a haunted mansion (the cover art of which I’ve shown before) 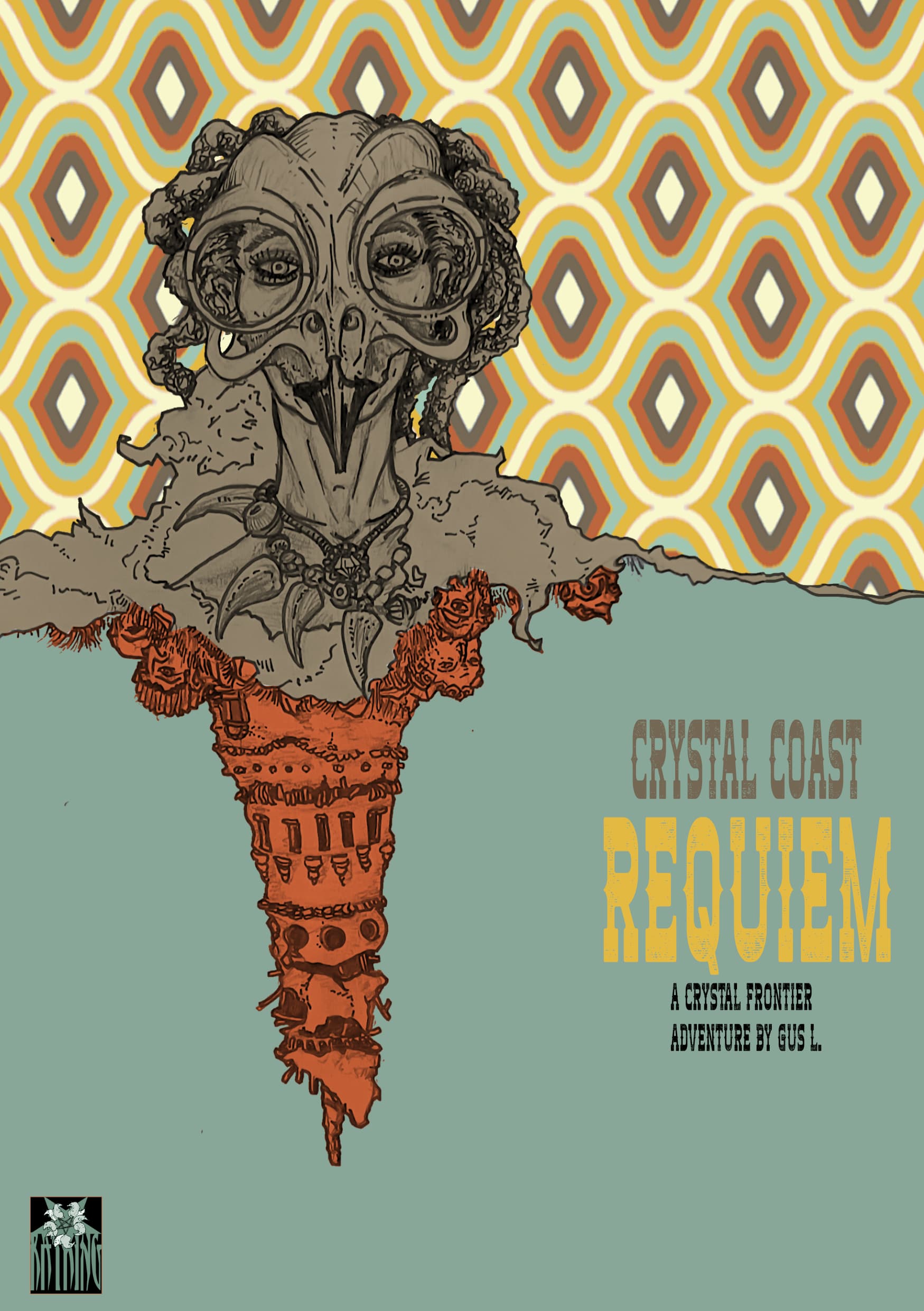 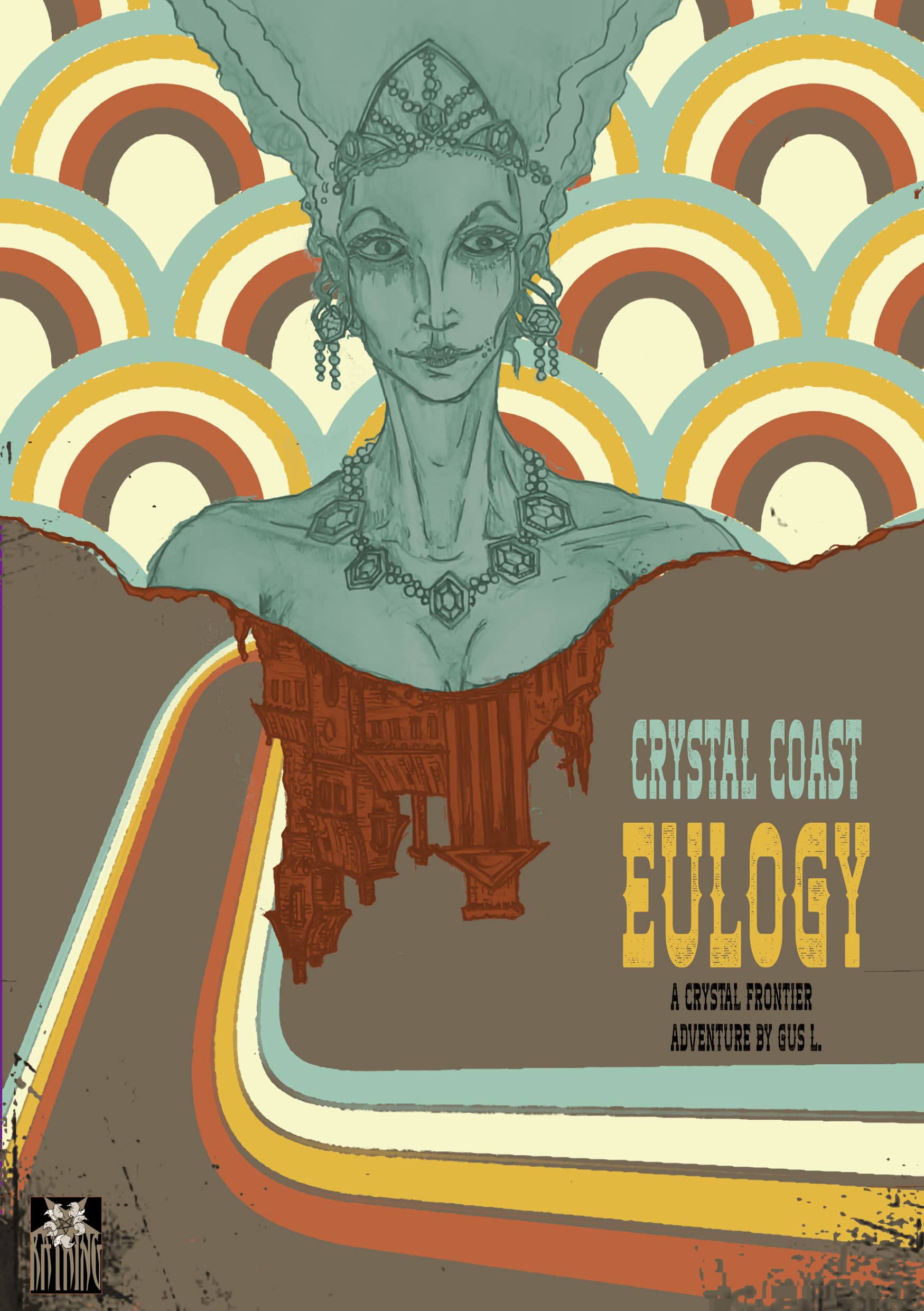 I’ve been thinking after the Holy Mountain Shaker Review and some other discussions of trying to explain how and why I write keyed locations - but it may be a big project.

Fantastic, I’m glad there’s more in the pipeline. I really like the colour scheme and the head shot/inverted building duality on those covers. Also interested in the how/why of writing keyed locations, I found the HMS discussion on Bones really interesting.

For some WIP making of my own, here’s where I am with the Vaults of Vaarn #4 cover. It will have art on it eventually: 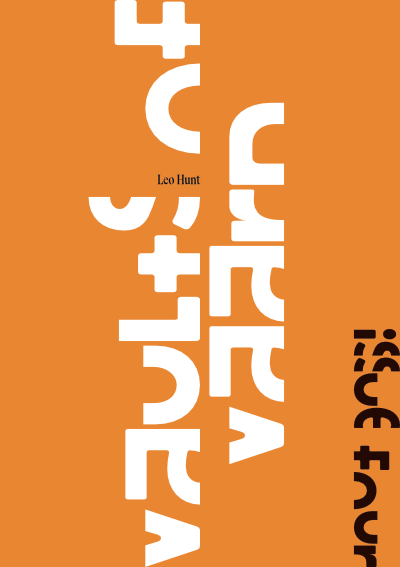 VoV is a huge inspiration of mine! i’m also writing (yet another) science fantasy game and keep coming back to VoV as a great example

Nice! Orange white and black make for a good palette. I think the simplicity of the title (which takes a bit of reading to spot) is great. I wonder if art will detract from that?

I think keying locations is necessary for location based exploration, but of course keys are tricky - it’s almost technical writing, but then the best way to inspire the referee is with poetic details because they are both inspiring and save space.

This review/discussion of Descent to Avernus covers a bit of it. 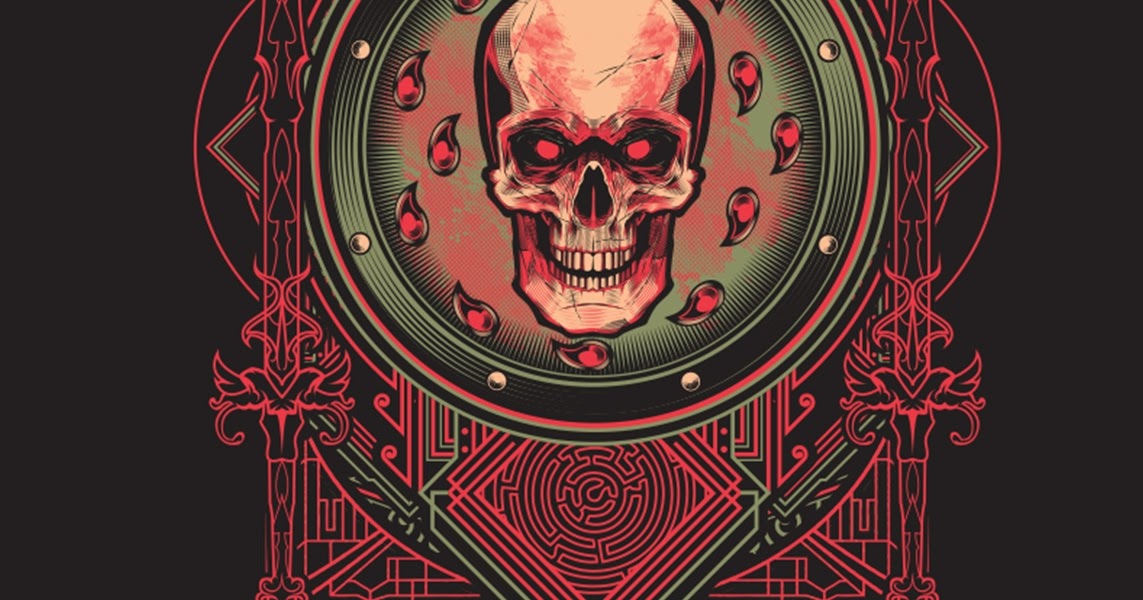 In the last post All Dead Generations looked at the general design principles in Wizard’s of the Coast’s new campaign tome Baldur’s Gate: De...

Yes I also really like the ‘placeholder’ cover now. I think for art I may add some smaller elements rather than something large and overpowering. The theme of the issue is about vertical environments and climbing so I want to try some tiny characters climbing the letters, and little birds flying in the background. We shall see if it works.

I will have a gander at your Avernus review, thanks for link.

Thank you, glad to hear its been inspirational! I really want to see more science fantasy projects out there, it’s one of my favourite genres (self evidently I think). I’m quite looking forward to the releases of Prismatic Wasteland and Icosa, whenever they arrive.

Brief update, made a new Vaarn dungeon called The Fount of Illustrious Flesh. It’s set inside a buried, dysfunctional cloning facility that was originally constructed to create ‘shadows’ of the Autarch. It’s Patron-only for the moment but thought I’d share some of the art I did. 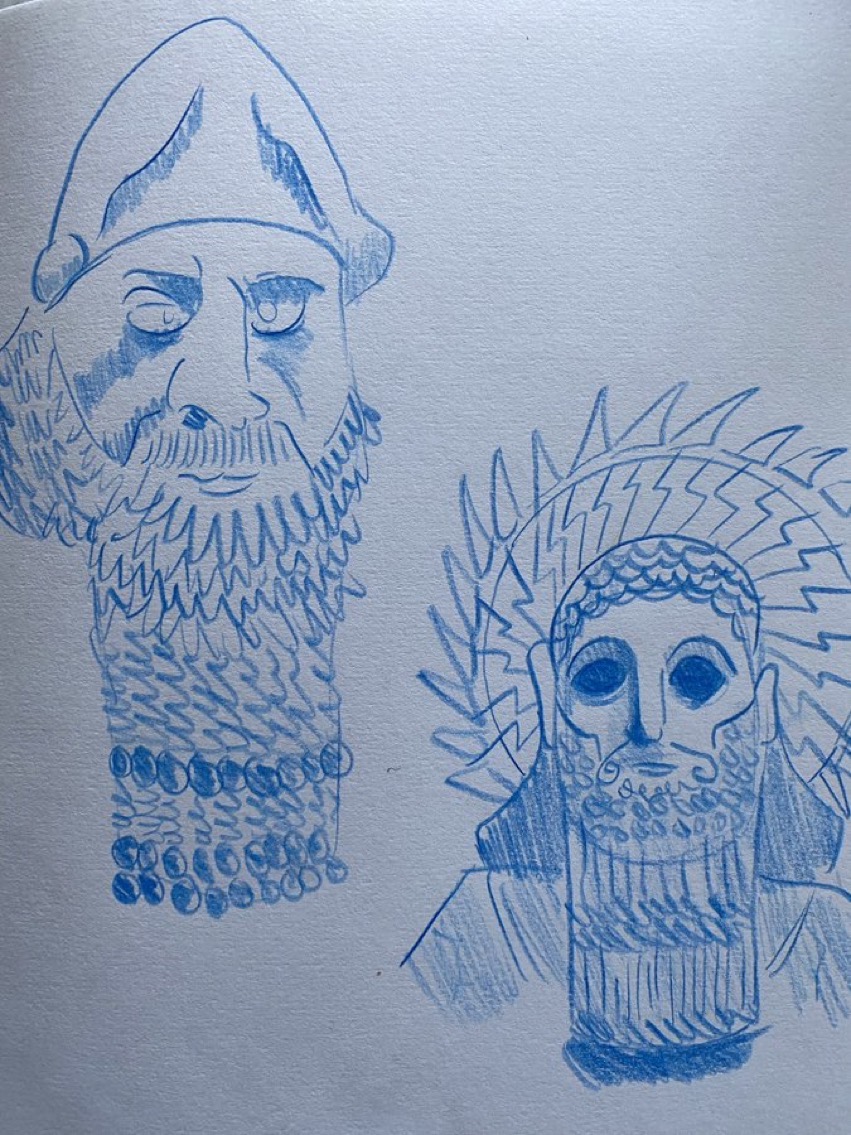 This is some early Autarch stuff, I was going for a bronze-age despot look. Assyrian kings and sun-god motifs. 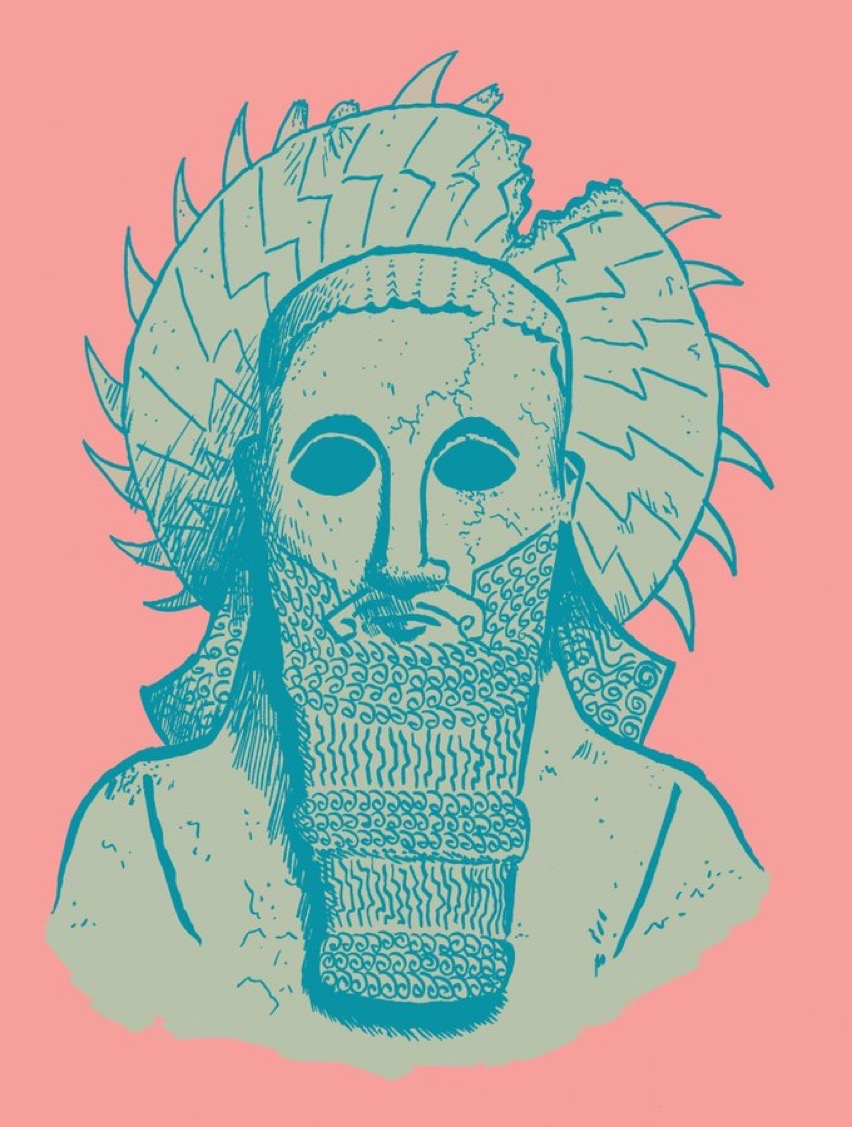 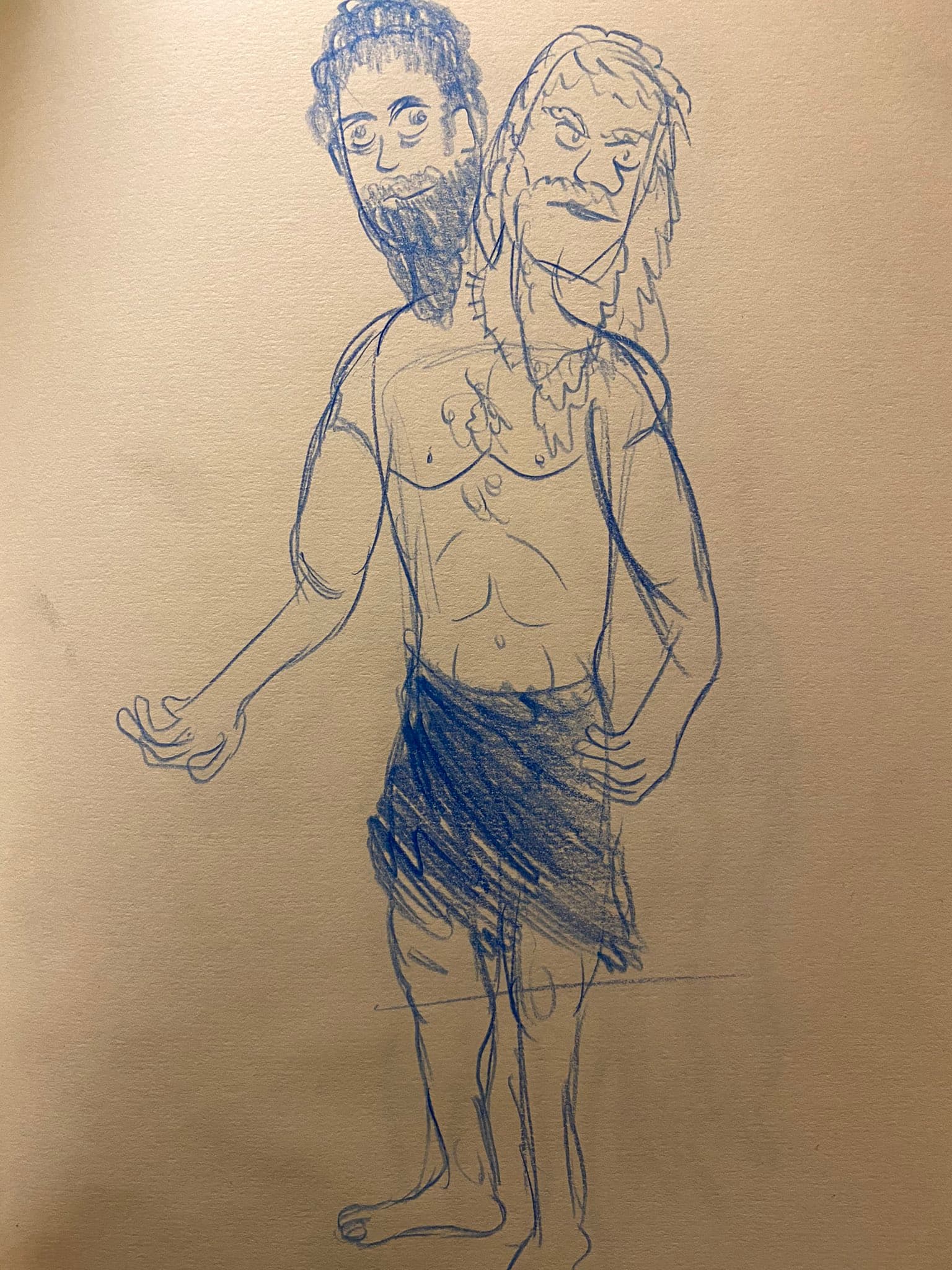 Early sketch work for Janus, an antagonist character within the Fount of Illustrious Flesh. He’s a homage to Typhon from Book of the New Sun. 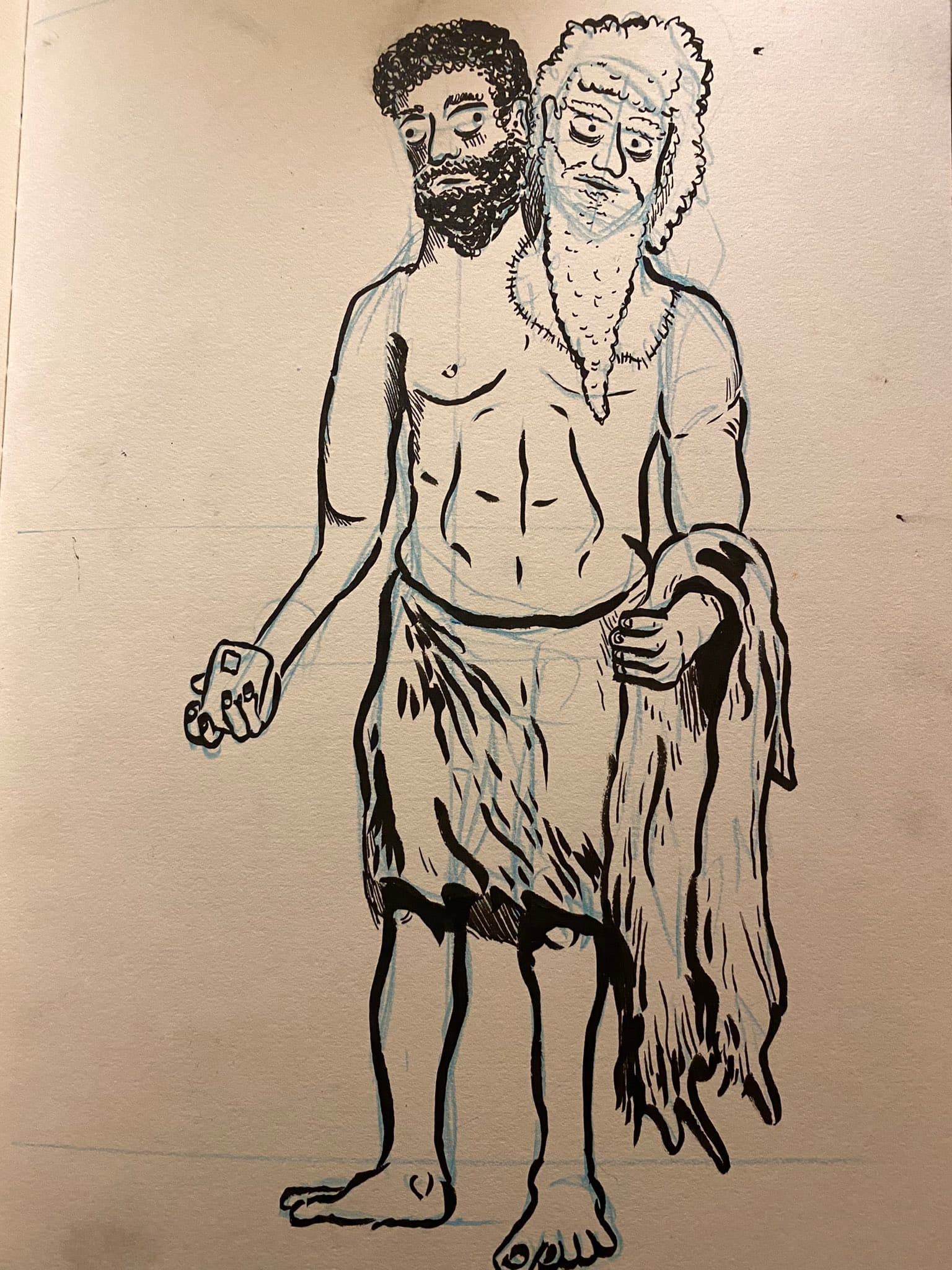 Ink stuff for Janus. Didn’t really like this one in the end, I thought the pose was goofy.

The final Janus I used for the Patreon release. Prefer the pose here. Proportions of the legs are small but wanted to emphasise his torso bulk and the two heads. 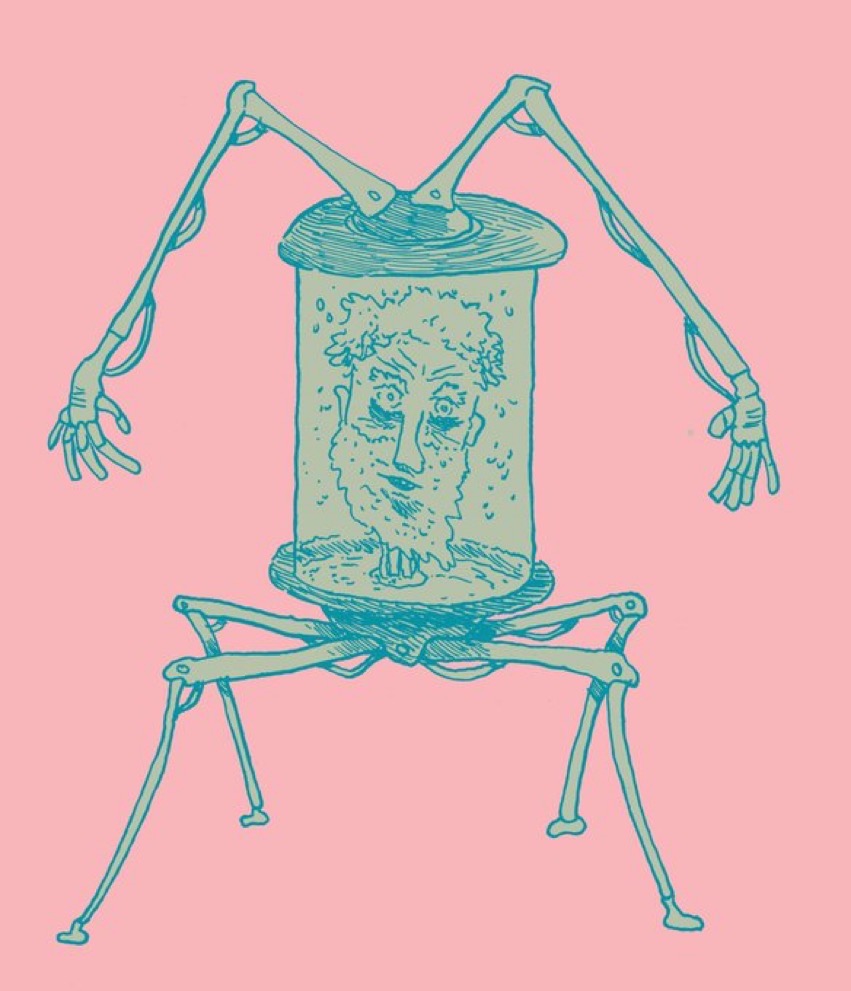 Mimir, the Fount’s other antagonist NPC. A classic ‘head in a jar’ villain.